Hansgrohe is a German multinational corporation, founded in 1901, which is dealing – for over a century now – with the production and sale of high quality faucets, shower heads and other bathroom accessories. Due to their decision to open their new headquarters in Turin, Studio Doppio was entrusted with its design.
The edifice in question is an office building from the early 90’s, recognizable by its sober concrete structure and large glazed walls, located on Triestre in Moncalieri avenue, close to the Torino – Savona highway.

The fulcrum of the intervention consists in a big open space - of 600 square meters – on the first floor of the building. In order to realize that, all existing partitions have been demolished. Moreover, the hydraulic and electrical systems were completely revised.
In the former place of the division walls, new glass dividers were positioned to separate the administrative offices, the meeting areas and the Think-Thank rooms from the rest of the open space. The new interventions on the ceiling were deliberately left on sight, being just partly covered by acoustic panels embedded with circular LED lights.
One oft he most suggestive areas, the Think-Thank, is characterized by the curved glass wall and the circular blue ottomans. These kind of couches can also be found in the reception area, adjacent tot he large oak social table, positioned in the „heart“ of the offices.
The whole furniture is highlighted by the use of white and soft lines, being in contrast with the colours oft he meeting room seats, the green of the social table stools and the blue of the ottomans mentioned before.
As Hansgrohe is an international leader in the production of taps, a great importance is given to the bathrooms, marked by three different approaches: the use of all black with slate cladding, natural with marble cladding and blue with textured ceramic cladding. 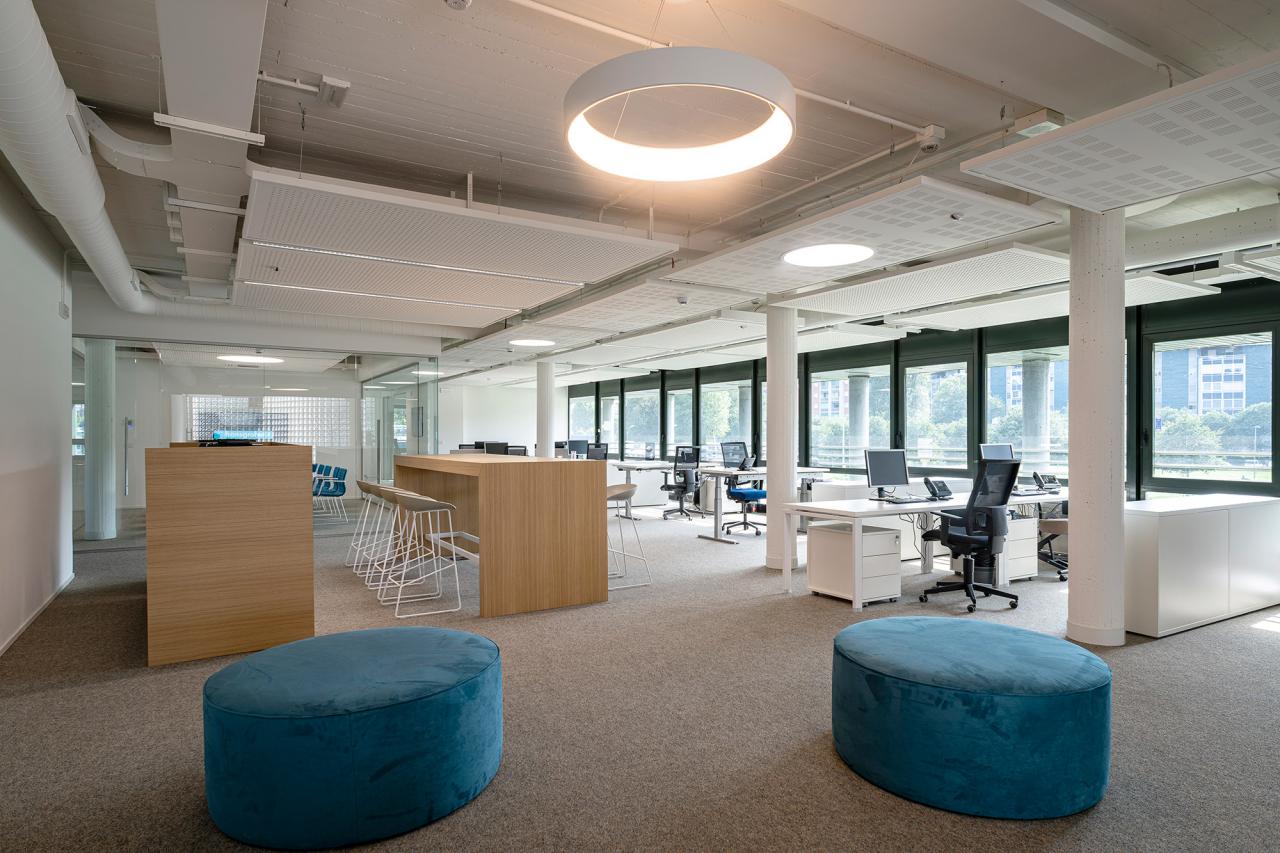 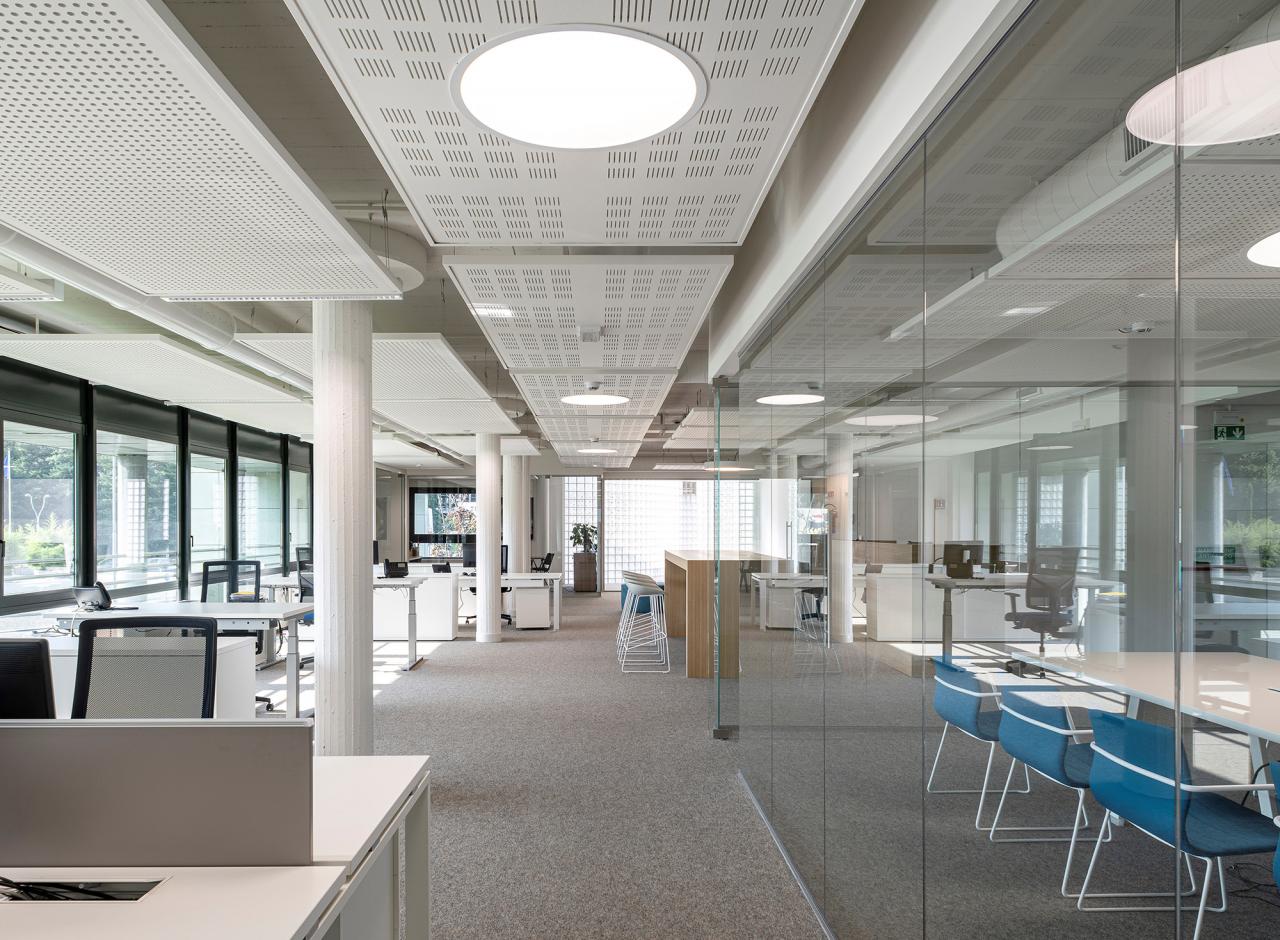 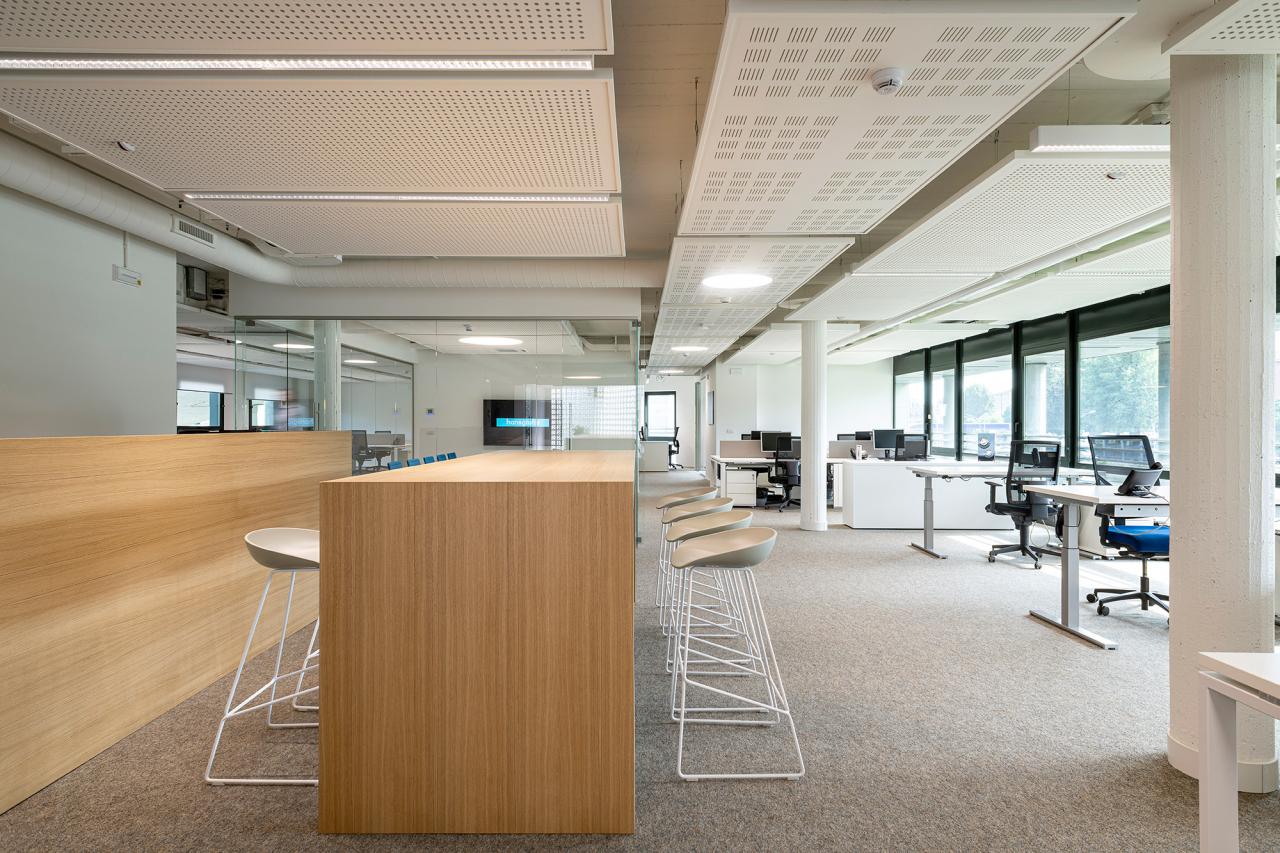 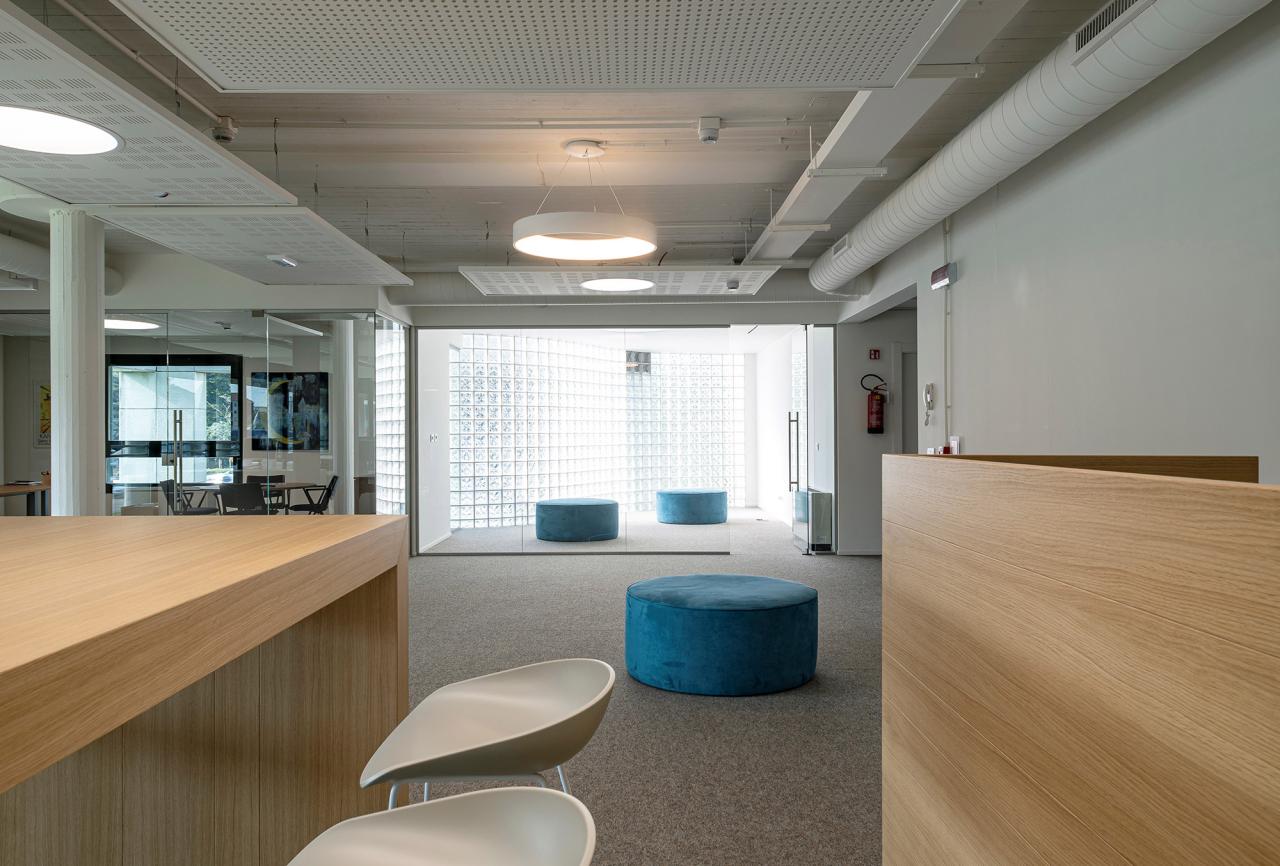 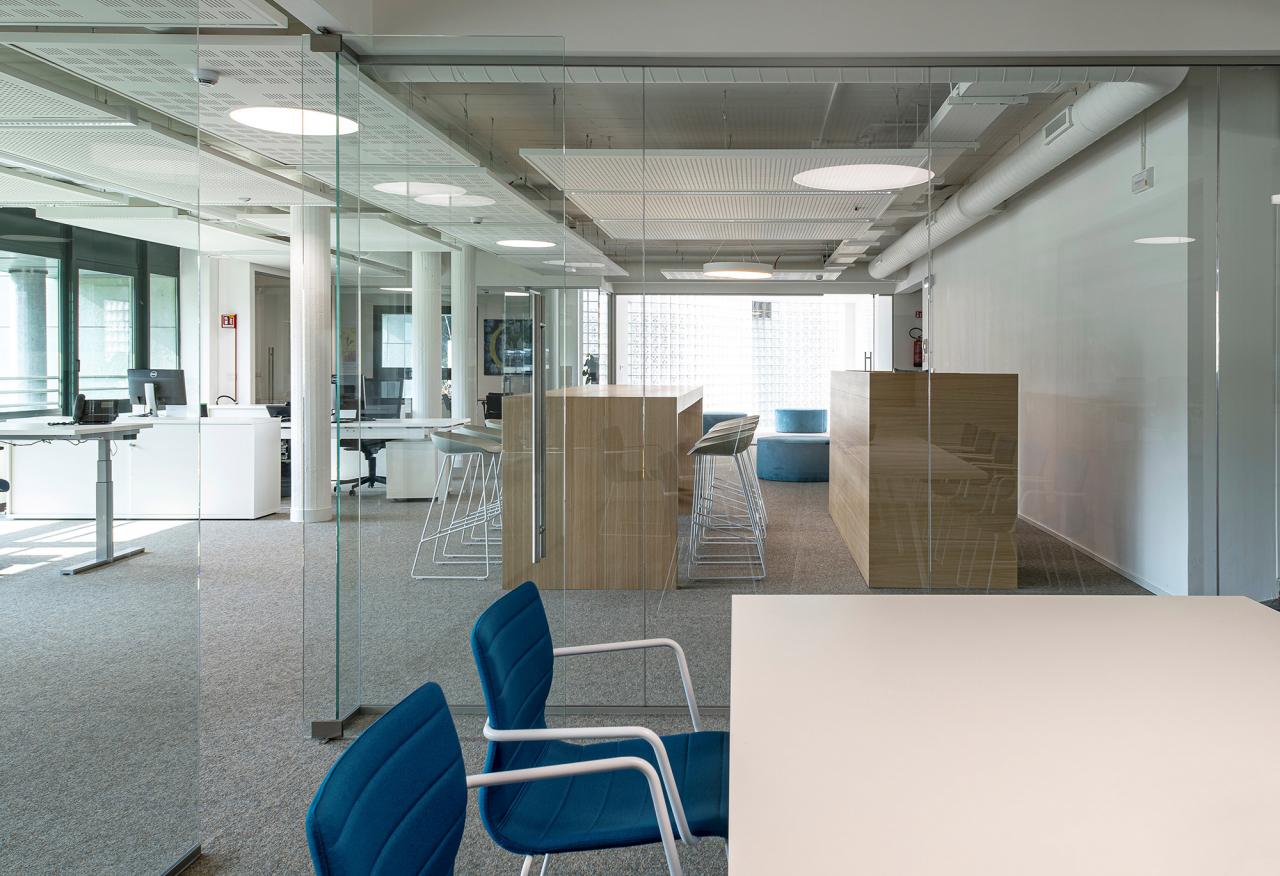 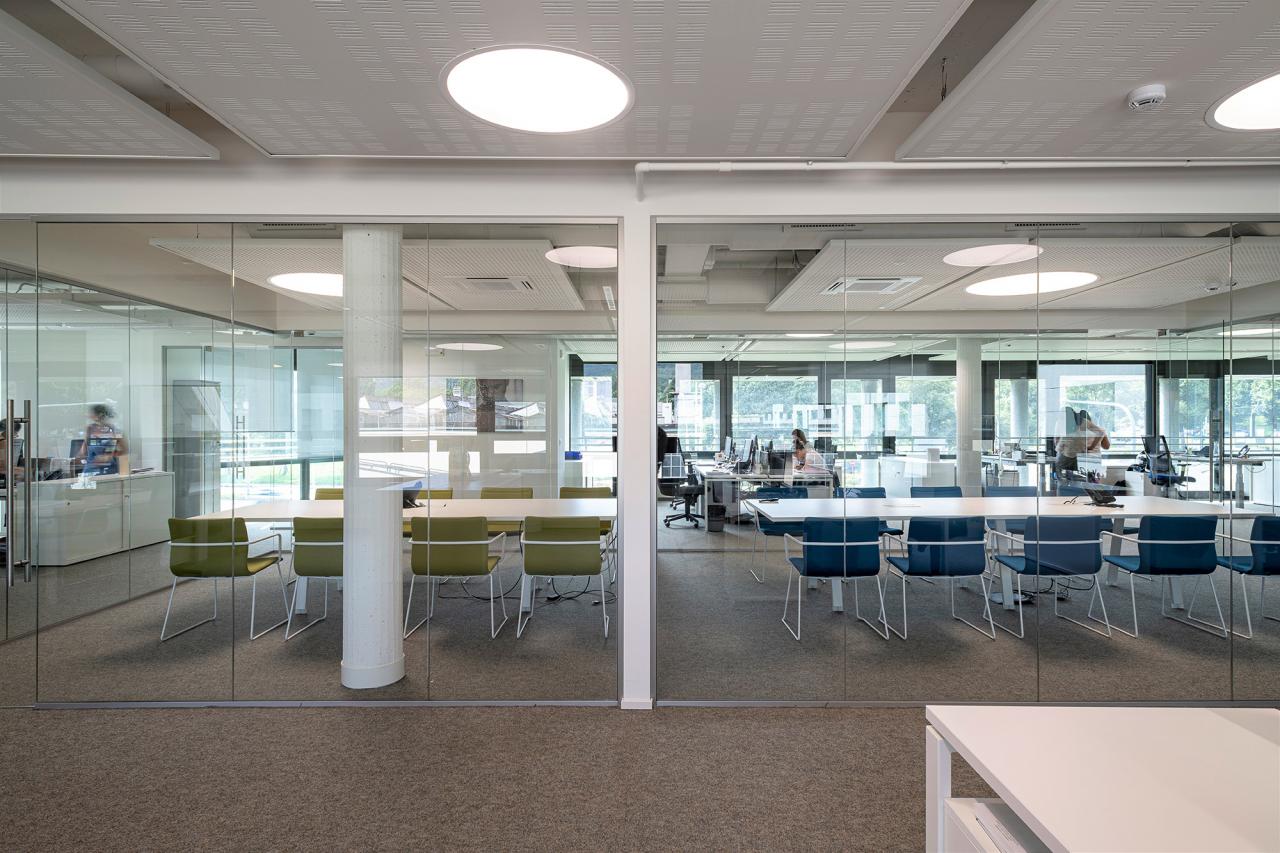 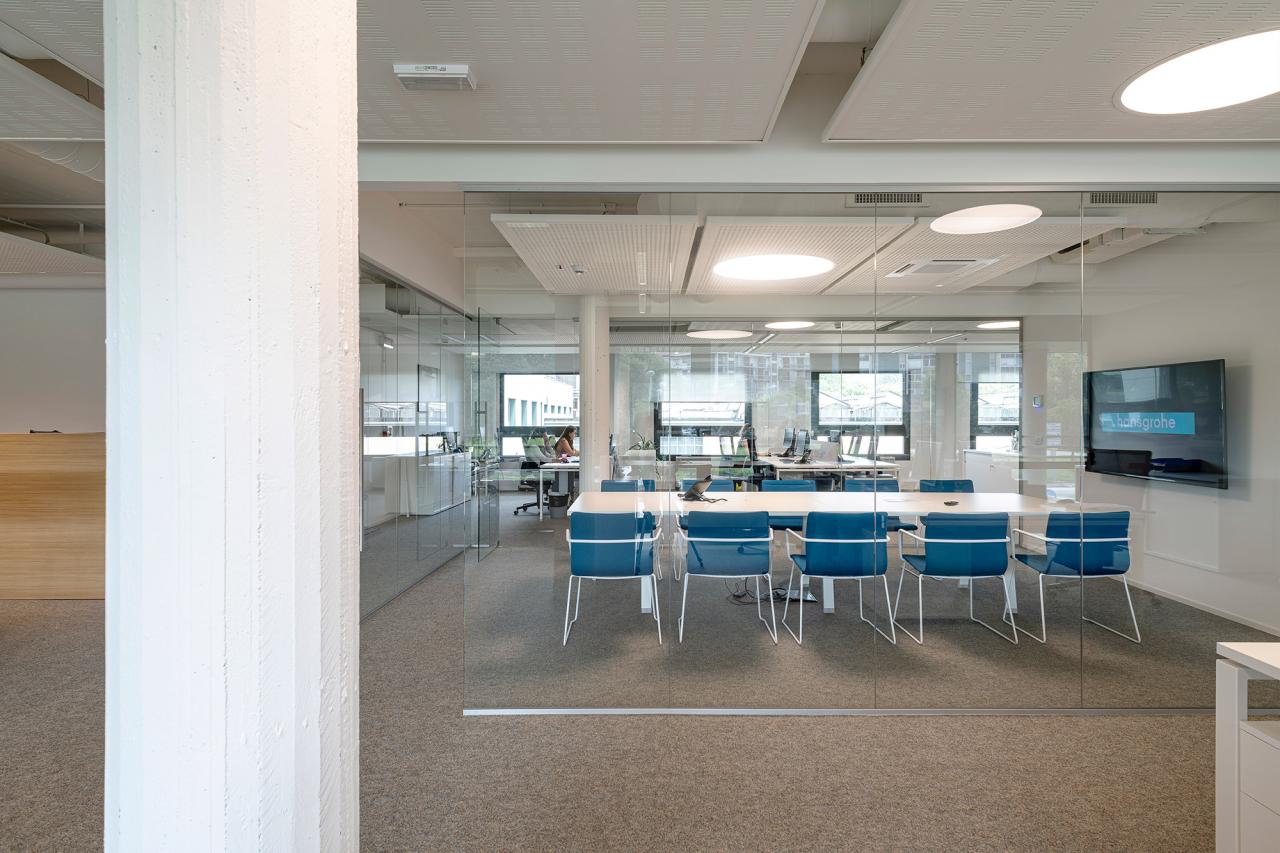 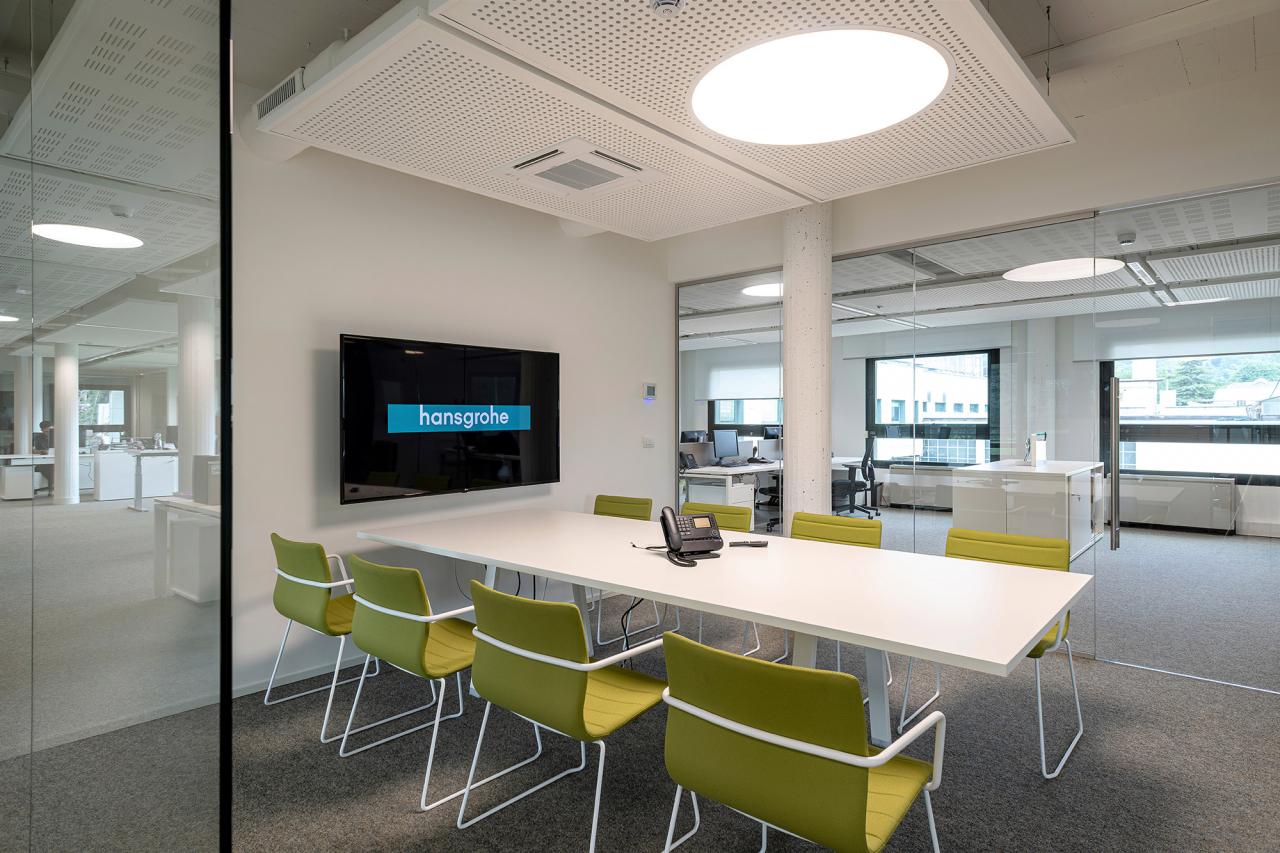 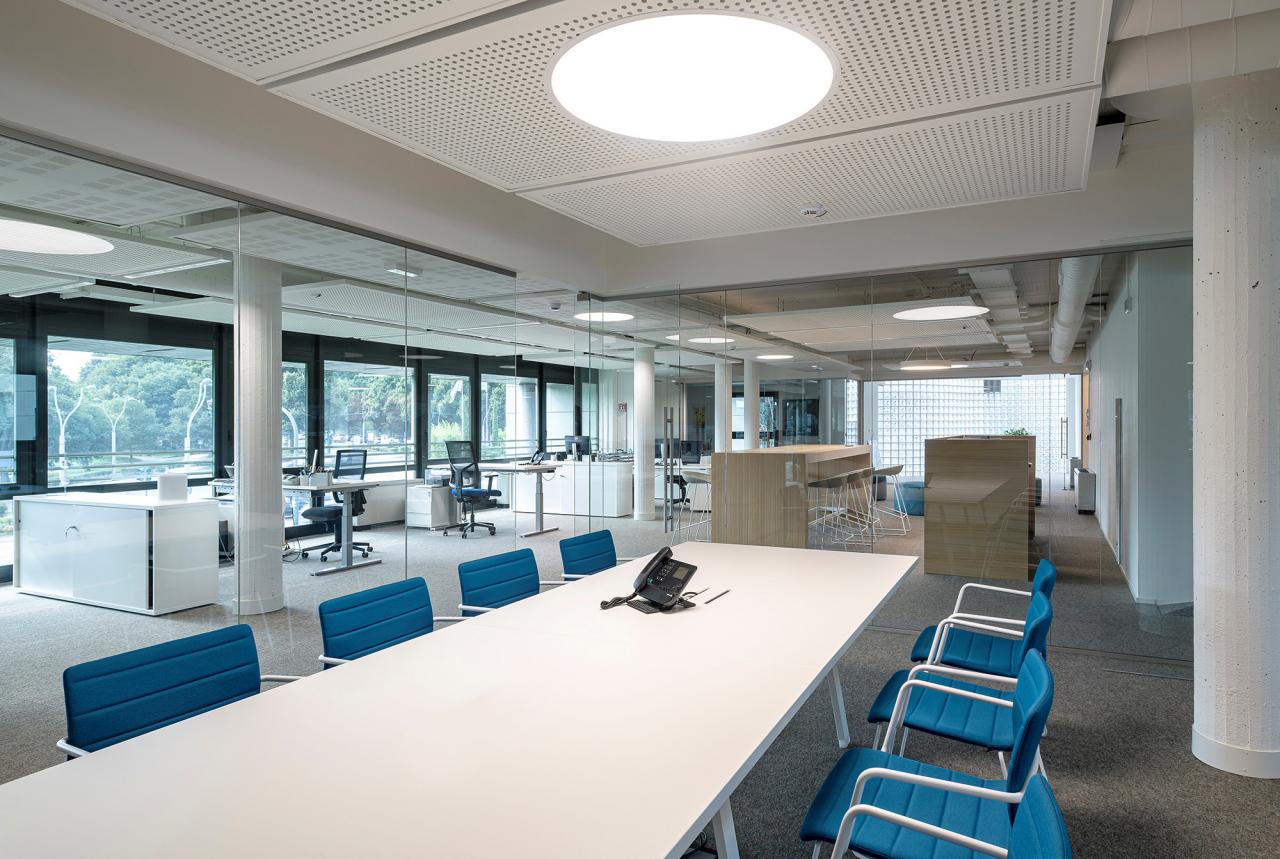 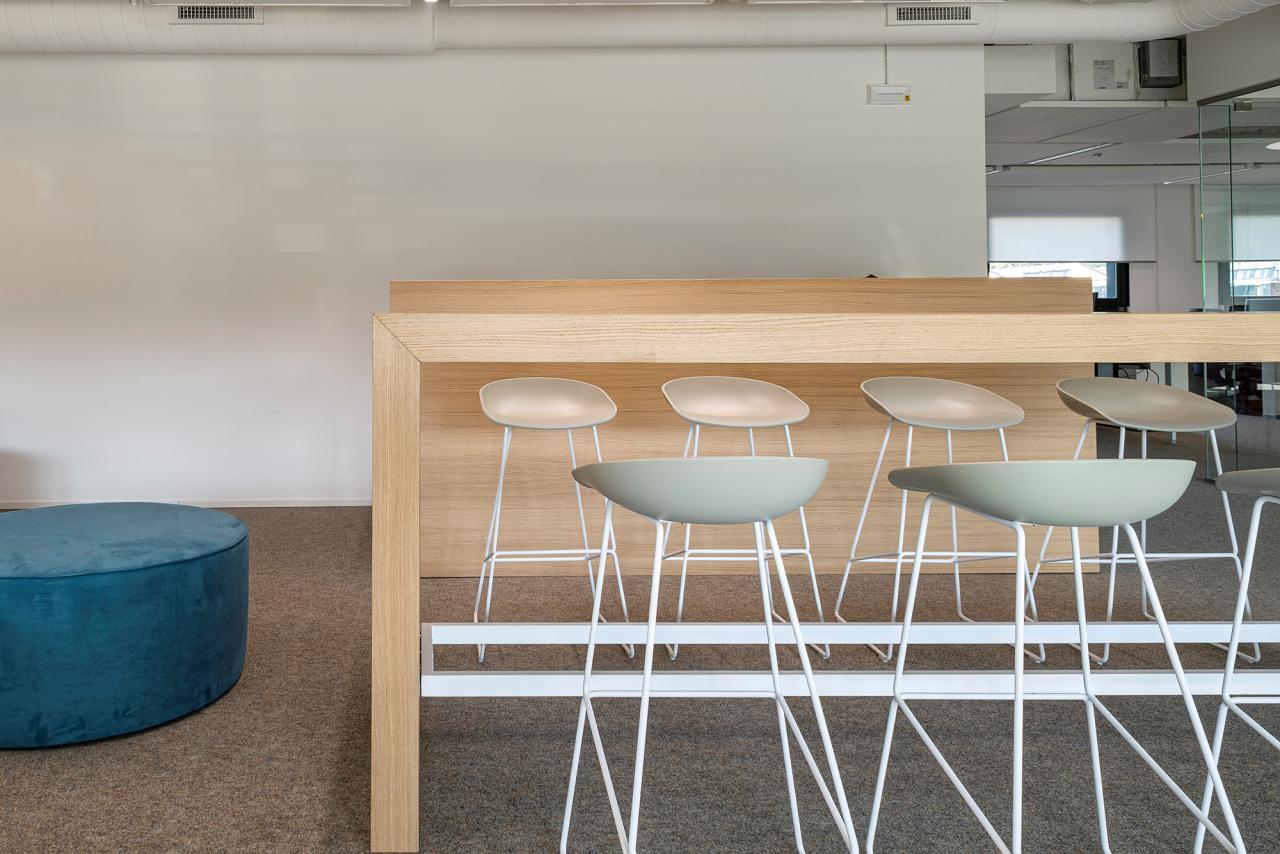 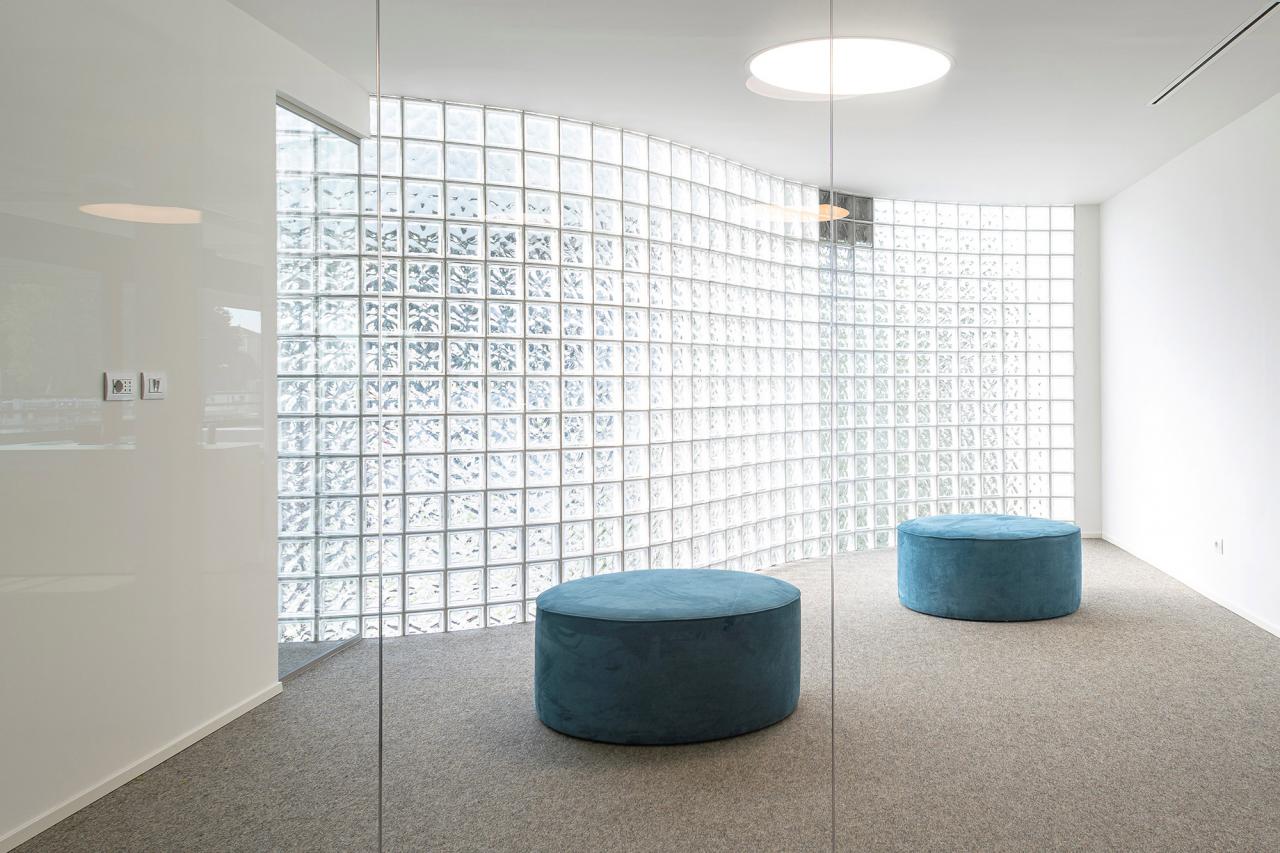 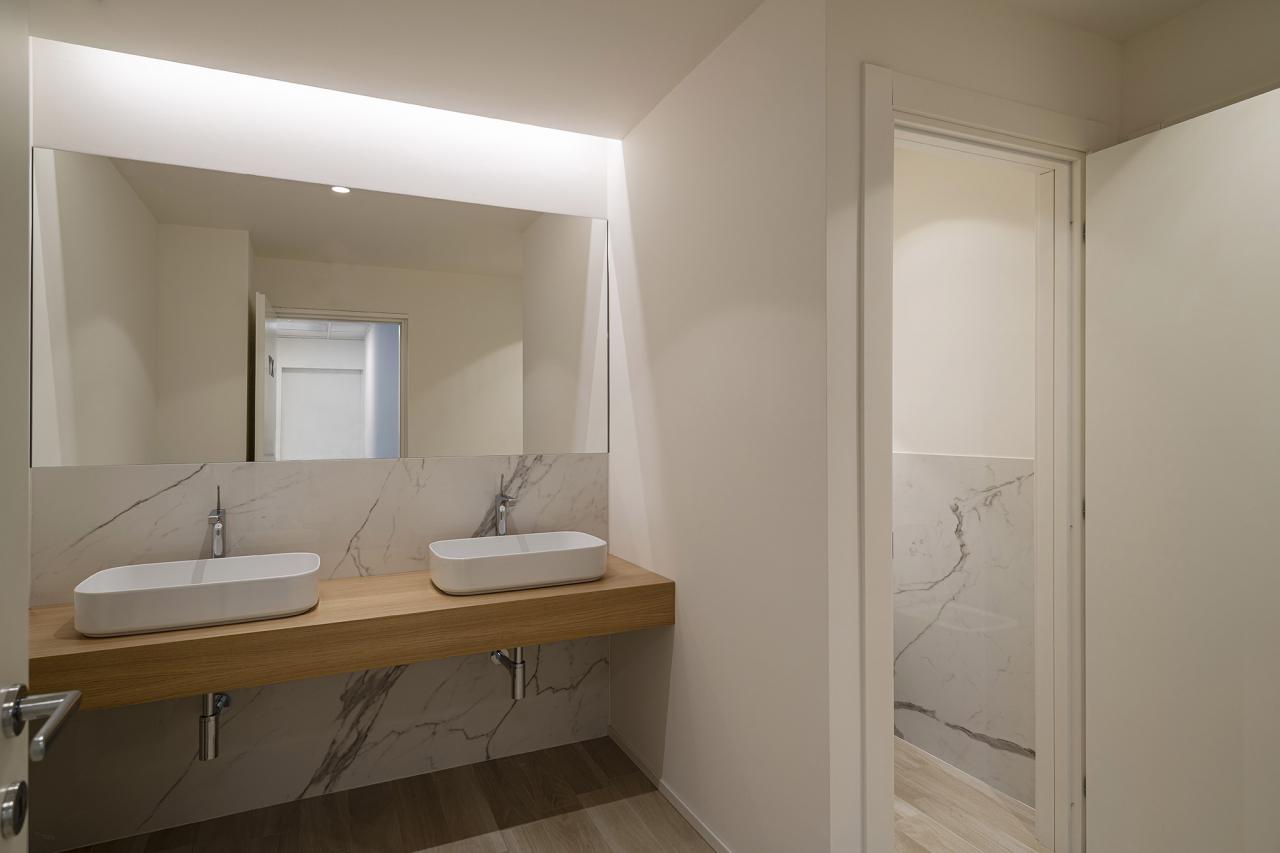 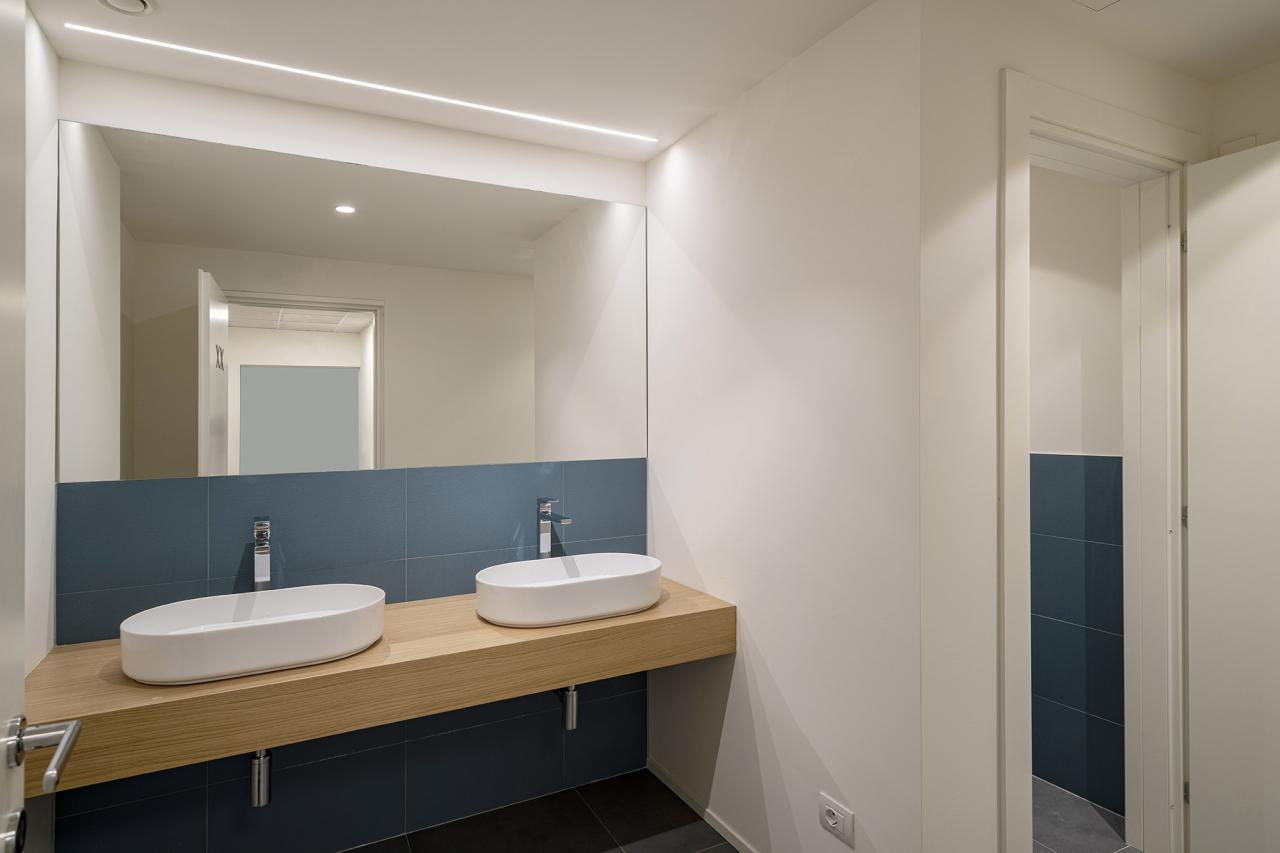 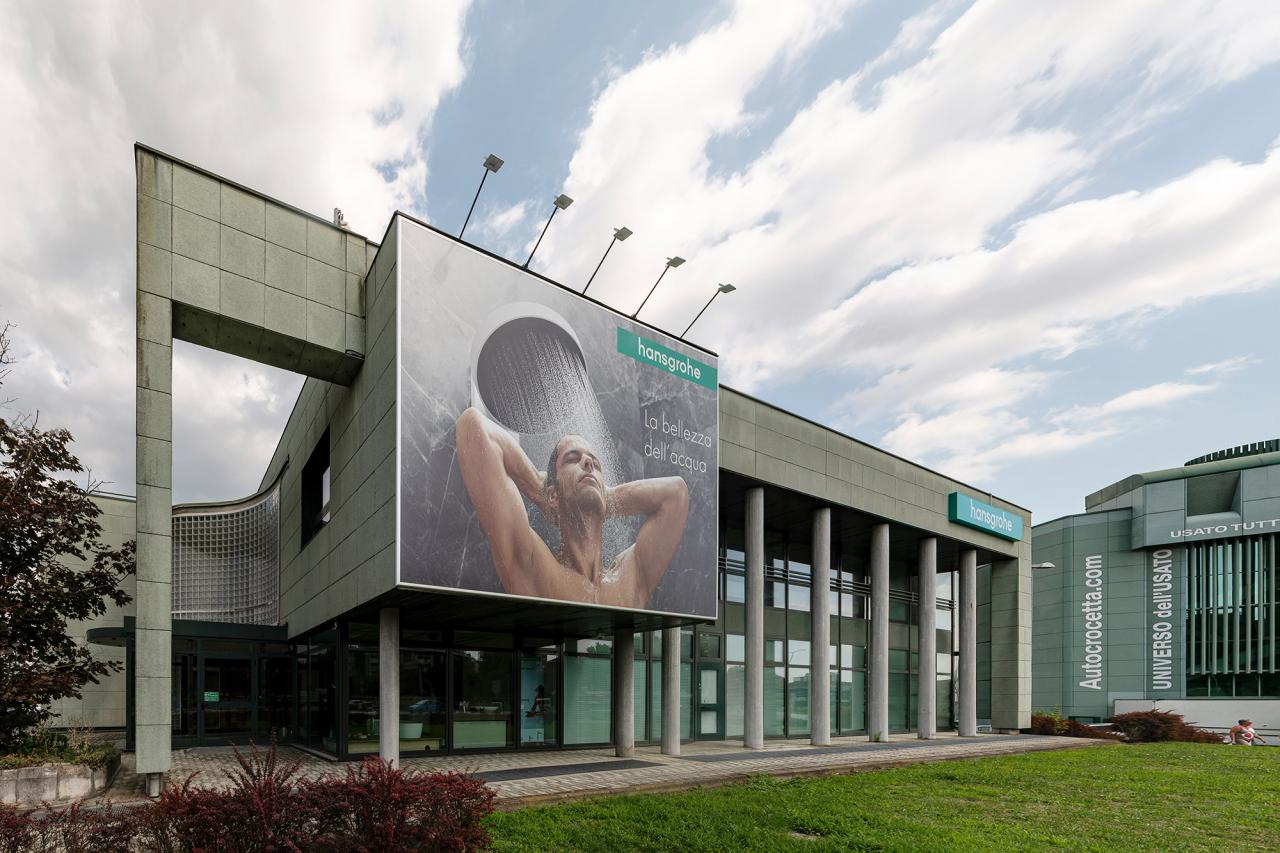 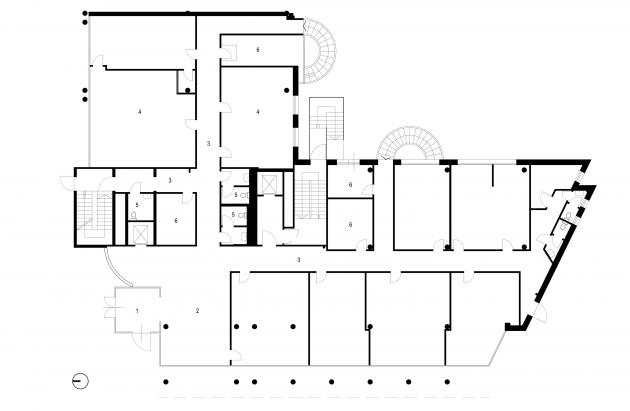 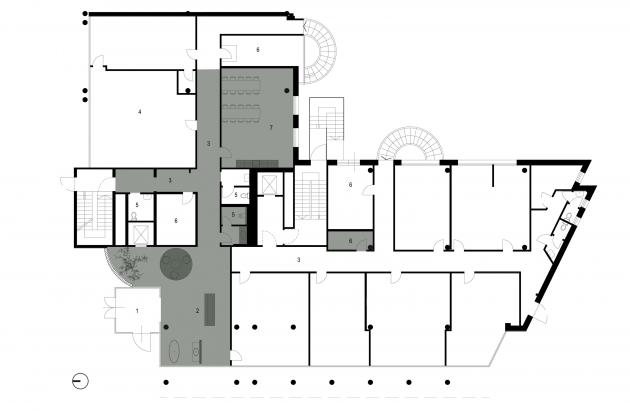 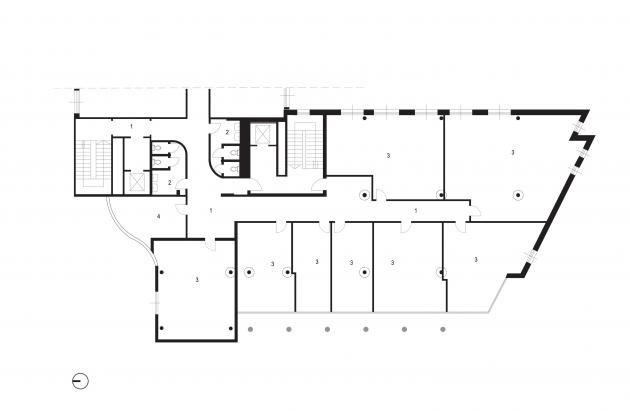 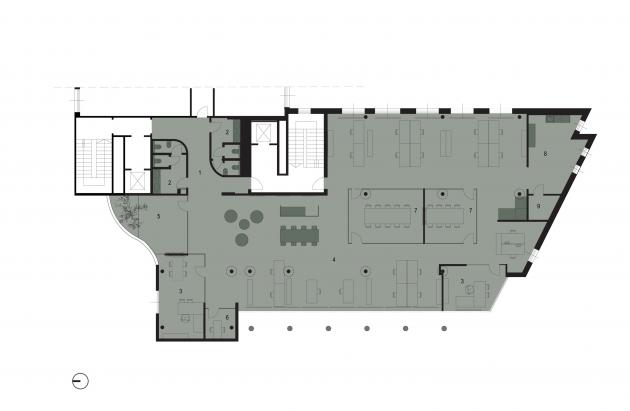