Astelav has been a European leading company since 1963 for the distribution of accessories and spare parts for household appliances. Over the years, Studio Doppio and Astelav have established a productive working relationship which has led to the implementation of some image improvement works inside the historic headquarters in Vinovo (Turin). In this section, we describe the intervention on the new canteen and coffee break area.

The area where we have obtained the canteen was previously a portion of a shed used as a warehouse. In order to make it accessible, we have replaced all windows and doors, laid the floors again, and redesigned the systems. This large space is dominated on one side by the large aubergine-coloured graphic wall and on the opposite side by the large block made of OSB, where beneath it there is a snugger and more functional table area that hides part of the systems.
Between these two elements, the proper table area is present, where, next to the tables and chairs, we find the kitchen for heating frozen food, also made of OSB according to the design.

The large graphic wall dominating the canteen area arises from the customer’s idea to merge the evolution of home appliances (core business of the company) and that of Italian cooking from the 60s to the present day. The timeline that cuts the wall in half shows at the top several poster-style adverts of home appliances related to the different decades from 1960 to today, whereas an exemplary culinary recipe of that particular historical period is transcribed below for each decade. 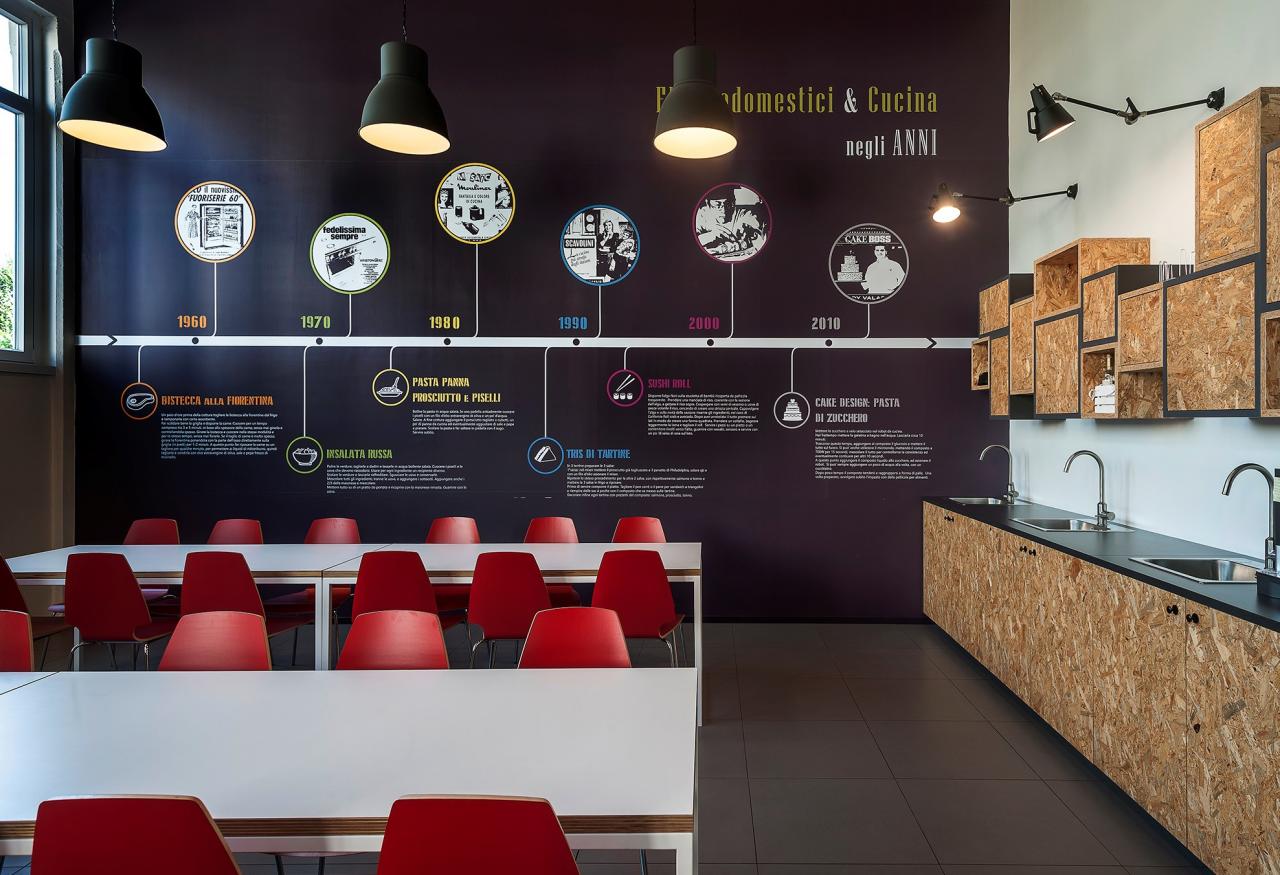 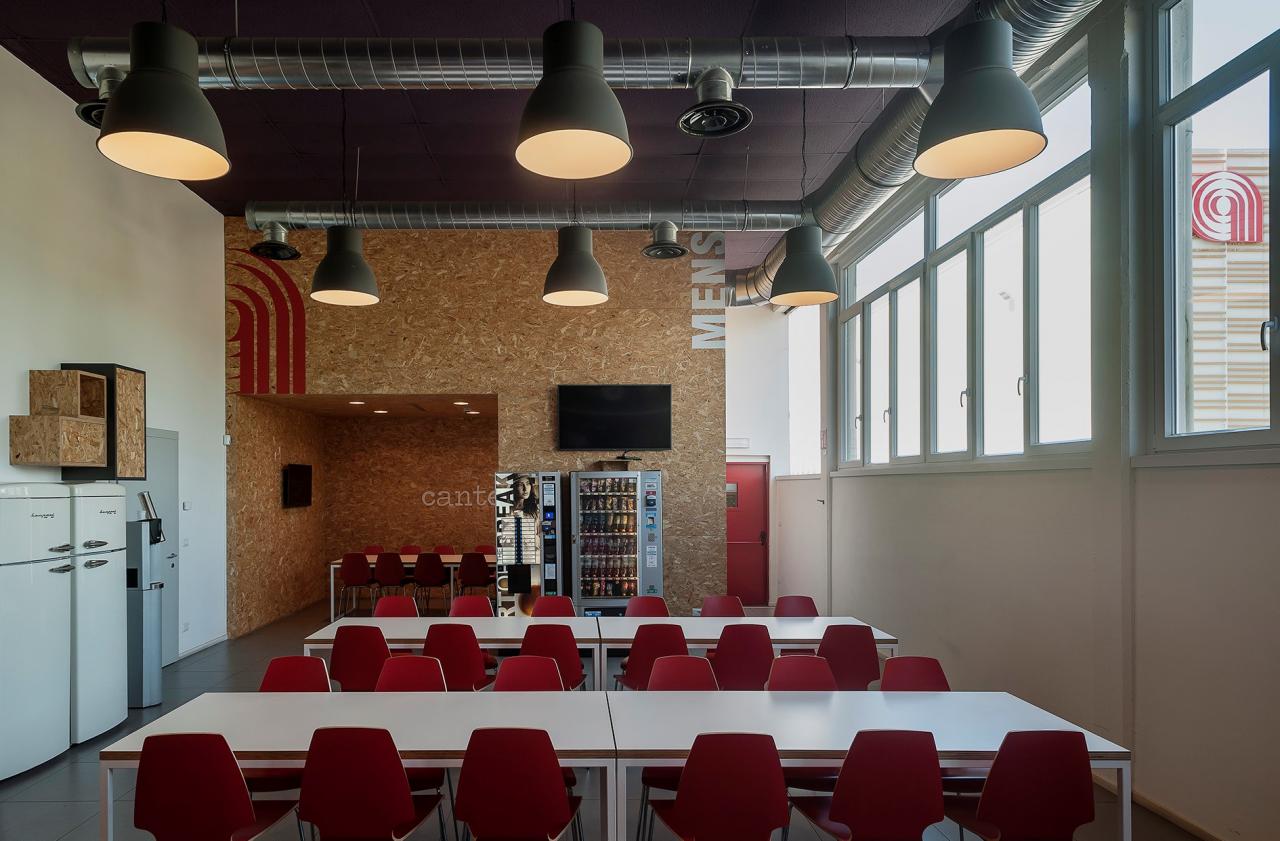 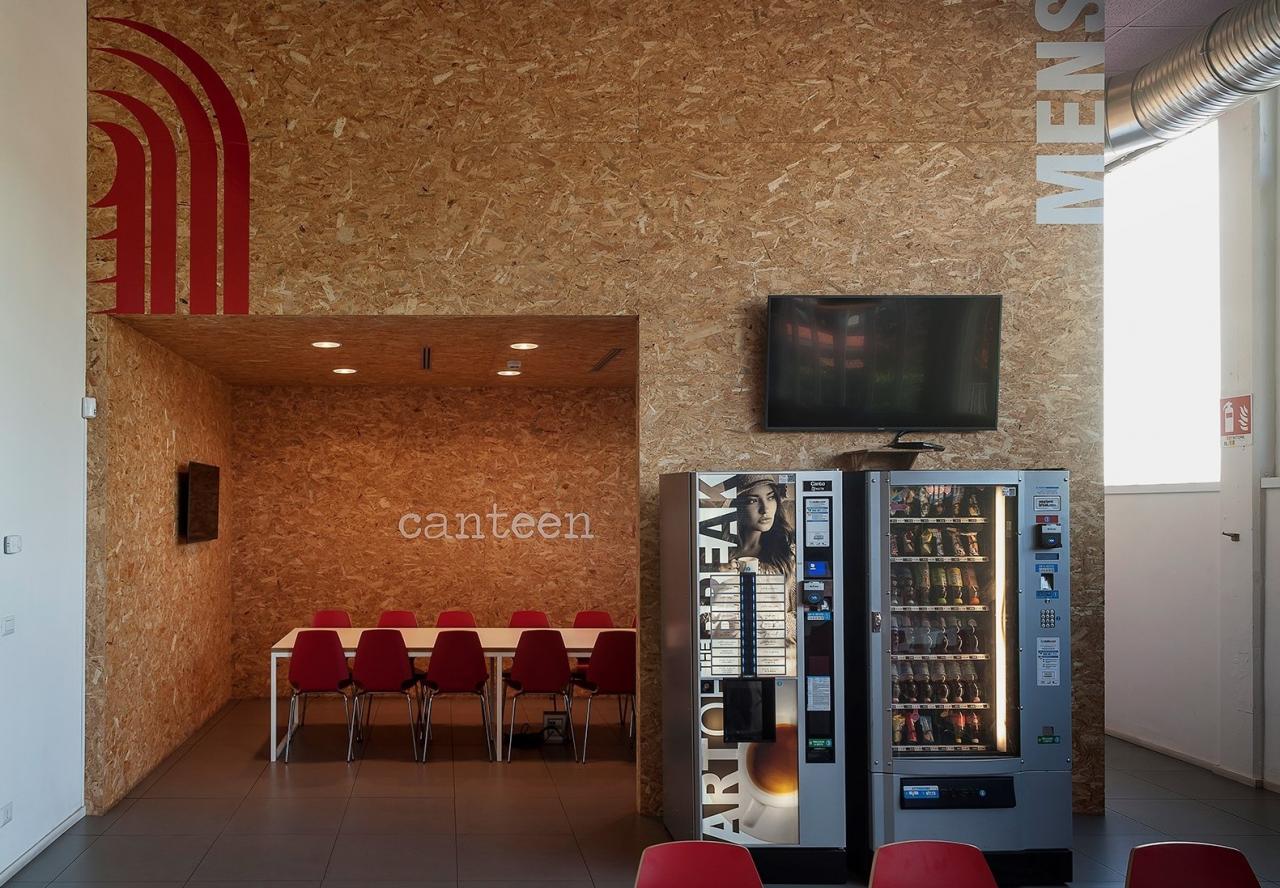 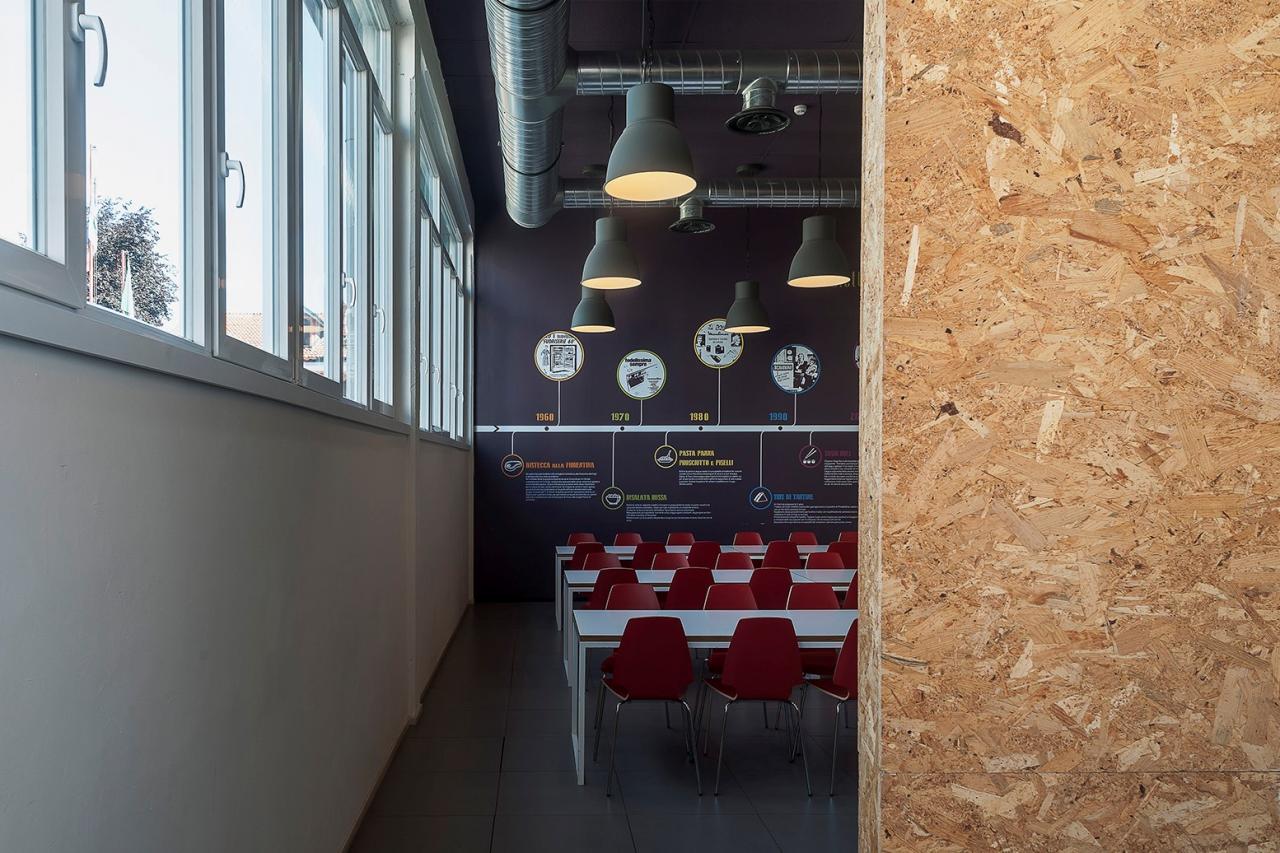 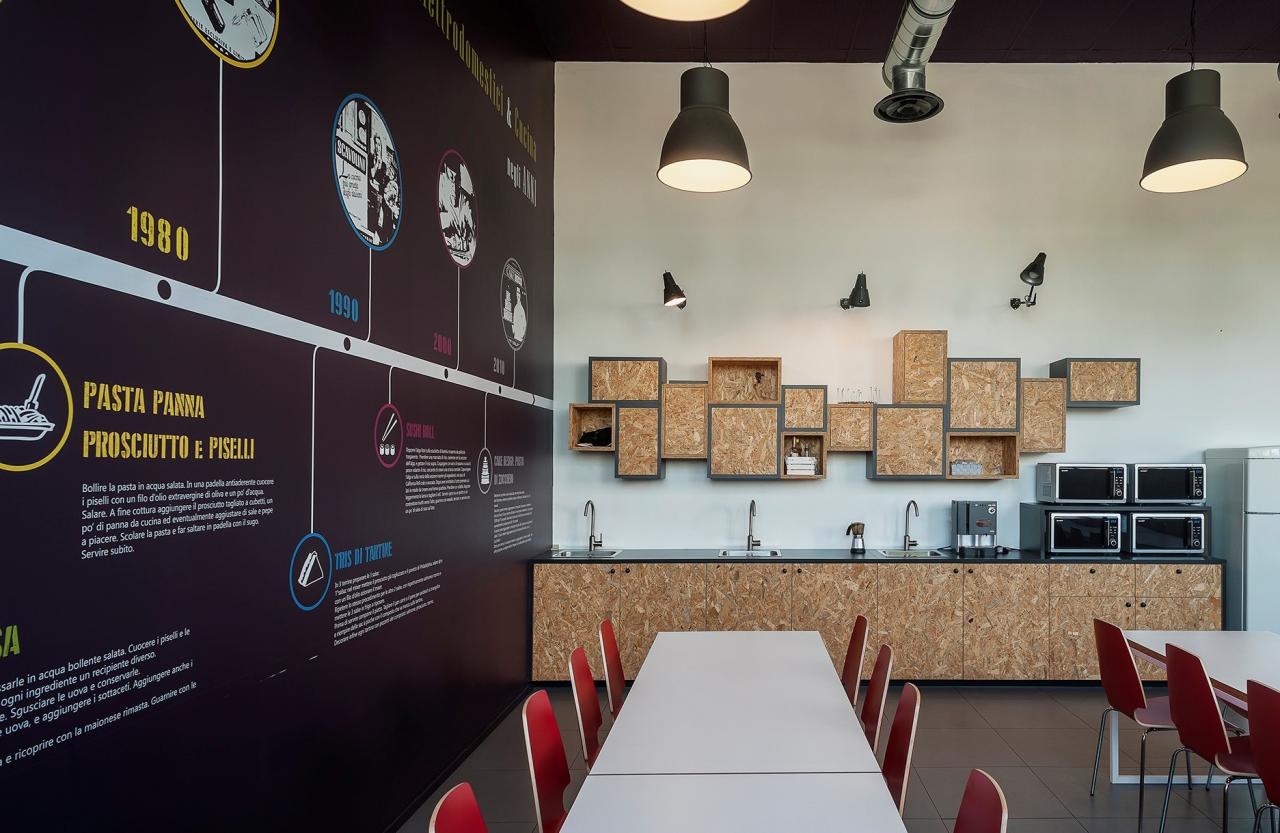 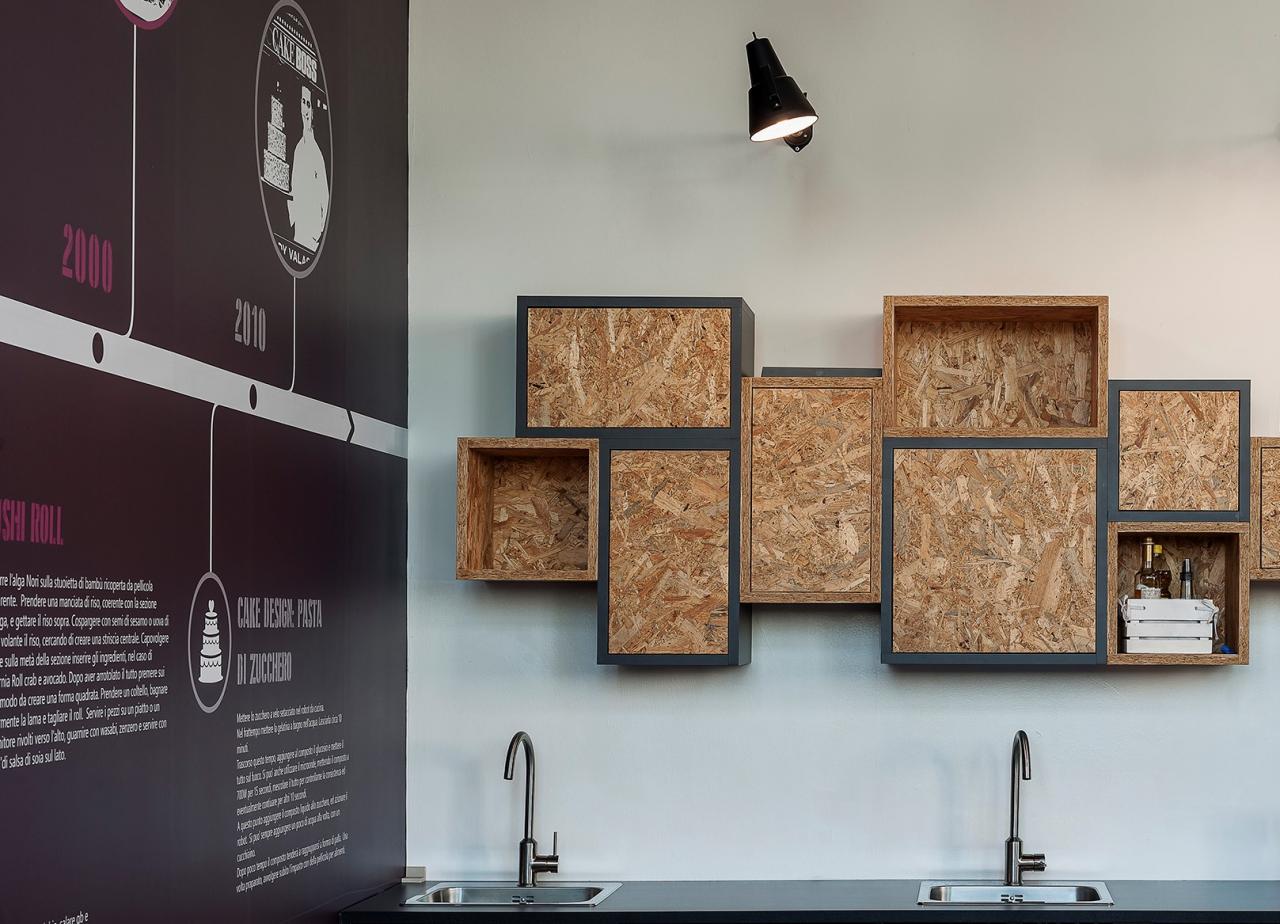 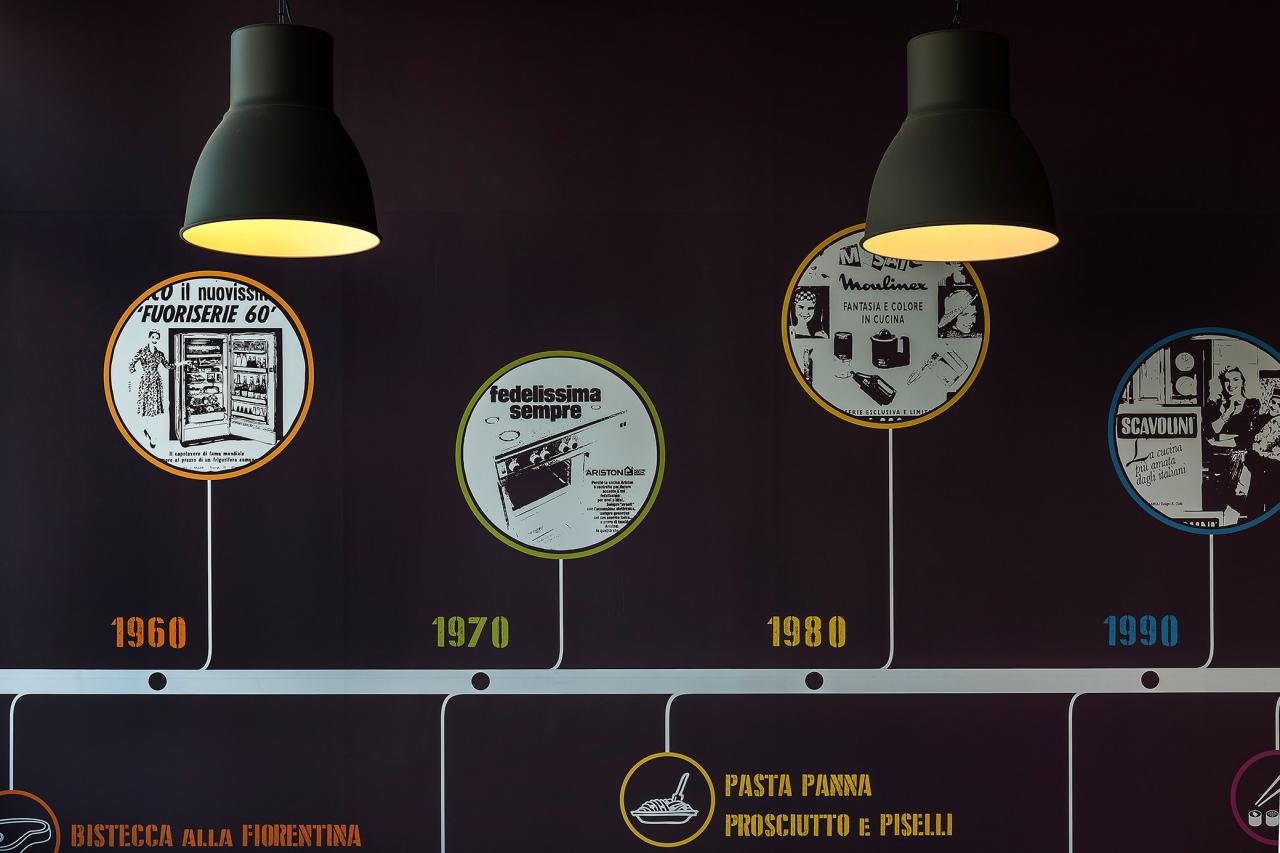 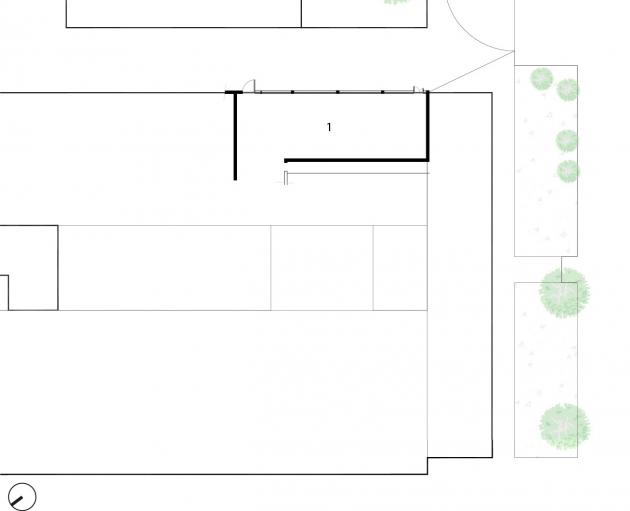 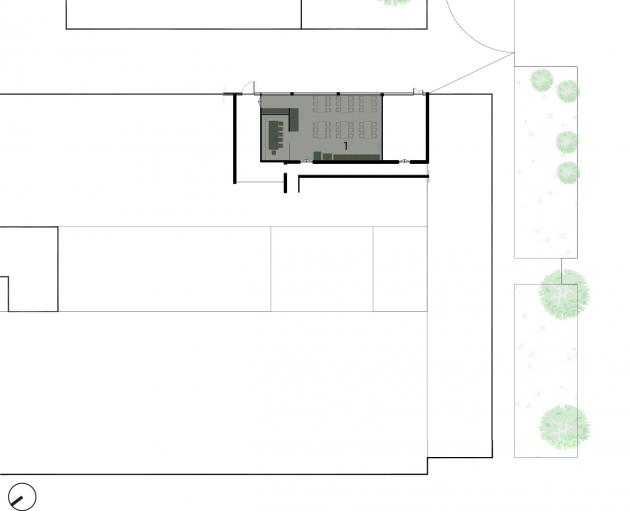 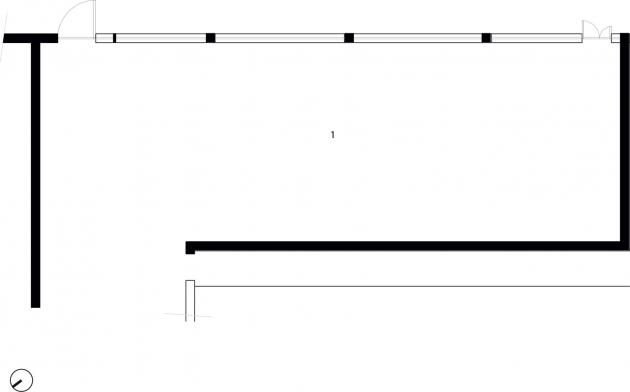 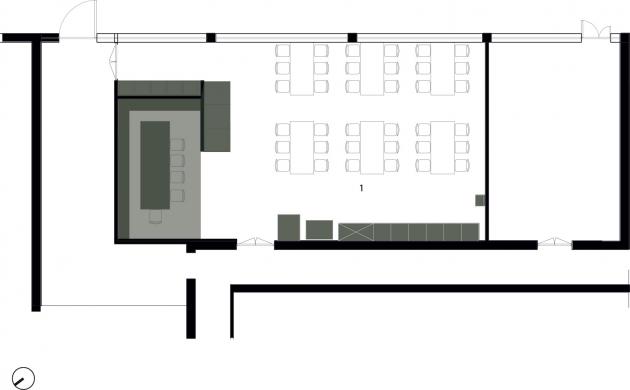