Design of a 8,000 sq m office and apartment building in Doula, Cameroun. The plot of land which has been identified for the new building is situated in the central area of the city. Douala’s urban context, featured by the presence of an important trading port, has no connoting feature to which make reference, with the exception of some 1970s buildings, which are starting to show the signs of decay.

The idea originated from the union of two volumes which characterize the cross road where the new building will rise.

The corner is featured by a wide glass wall masked by vertical wooden elements which add to its design and protect it from the sun.

Wood has also been chosen for the boxes placed at the front of the building with the double purpose of working around the limits imposed by the façade’s alignments and enlivening the design. From the inside, the boxes become distinguishing elements of the apartments, whereas from the outside as well as enlivening the façade they are true and proper rooftop gardens with thick vegetation which function as a refreshing element for the façade.

The ground floor plan spreads over a 1,500 sq m surface consisting of commercial spaces, the second floor is a 2,000 sq m office area and the floors above house residences extending over a 4,500 sq m area. The rooftop is a leisure area with a swimming pool and small Spa for the residents. 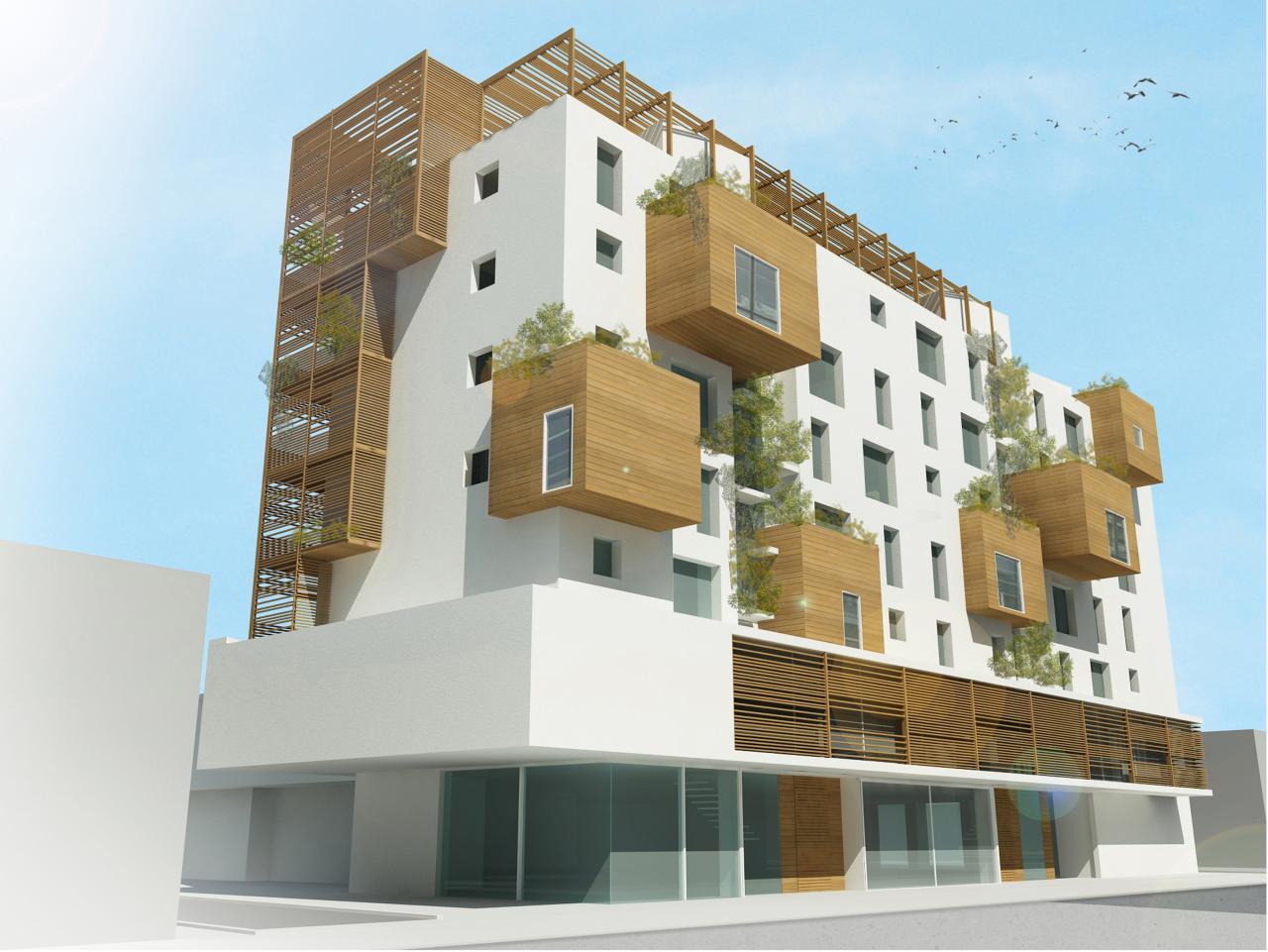 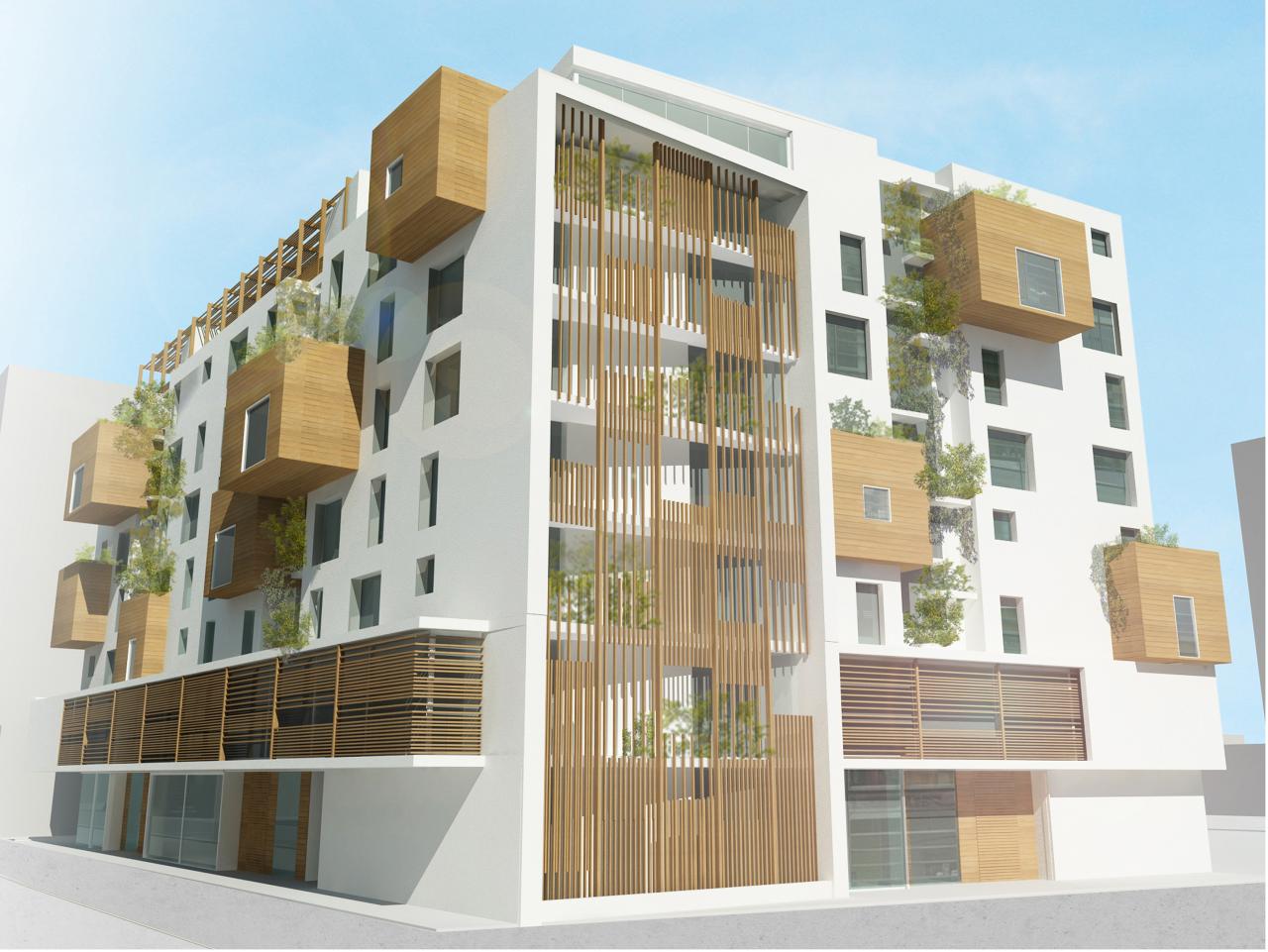 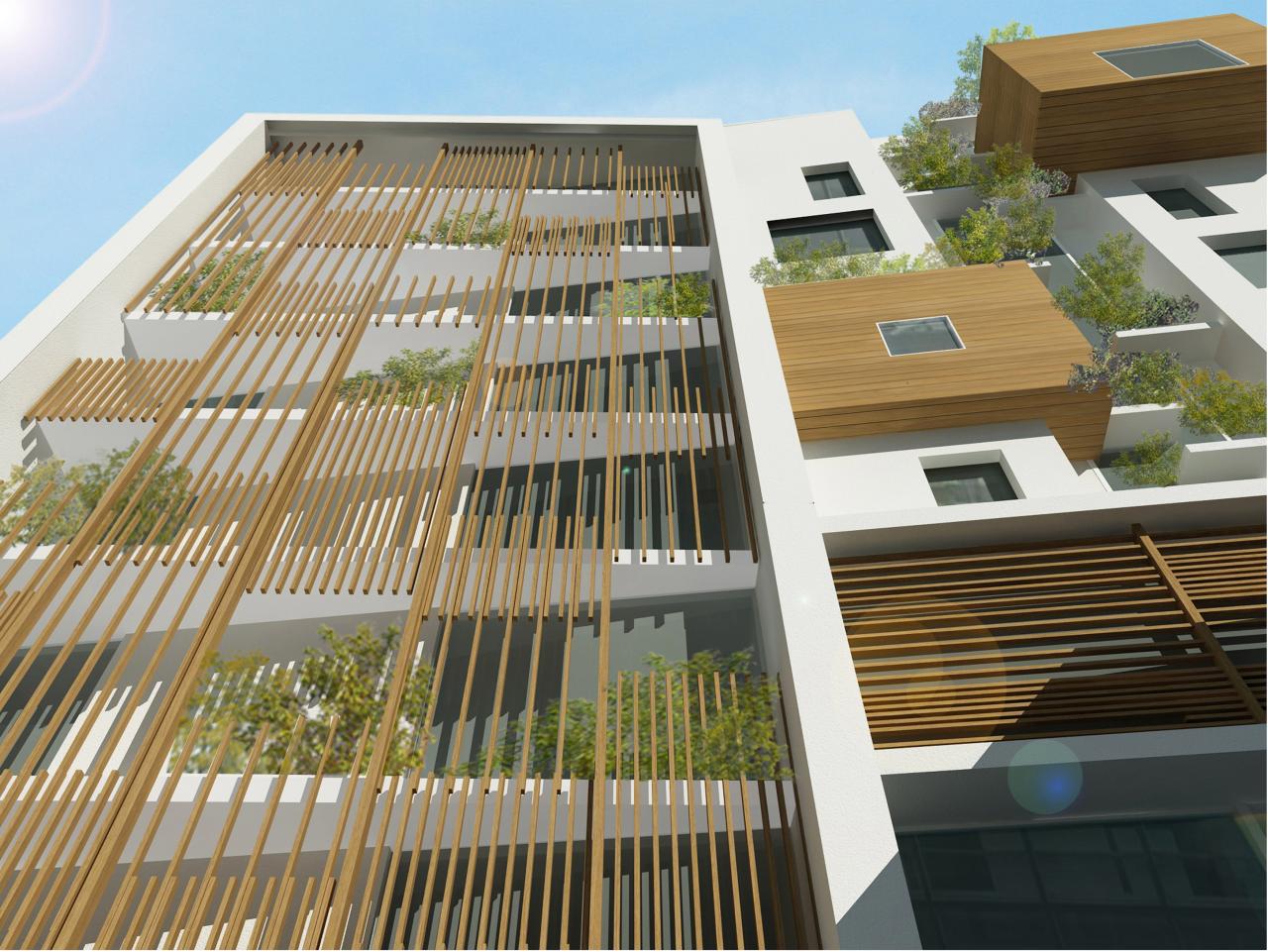 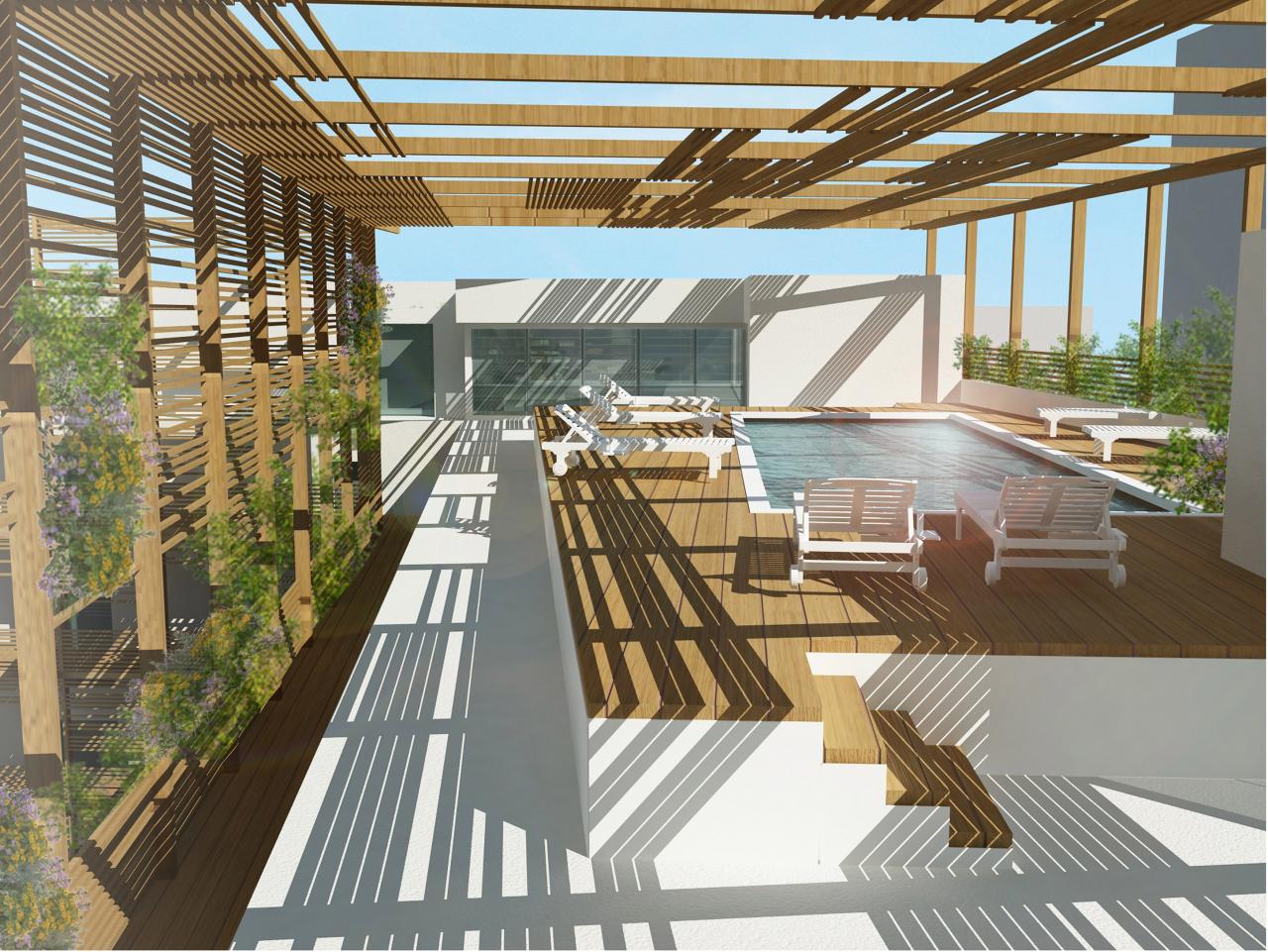 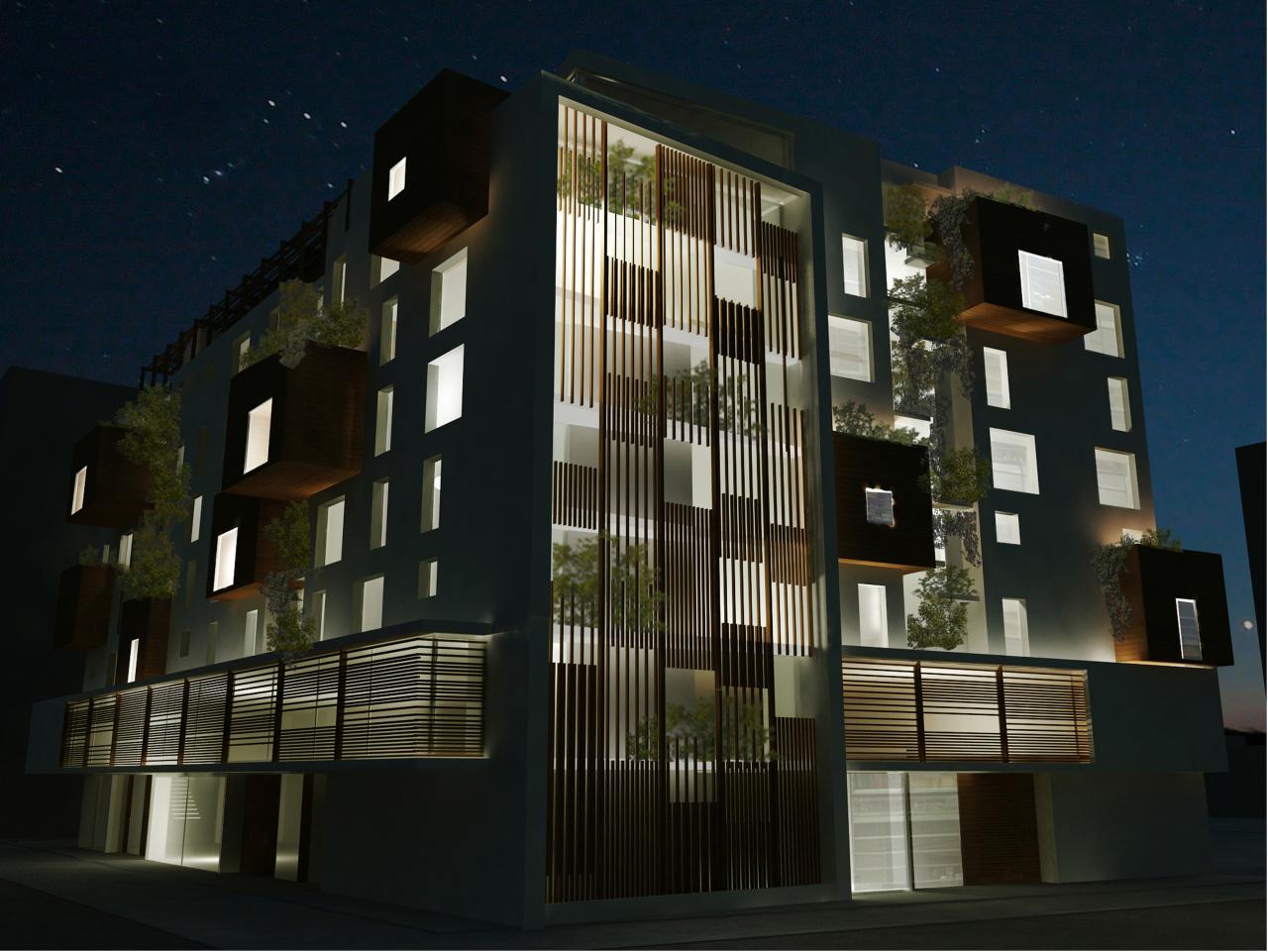 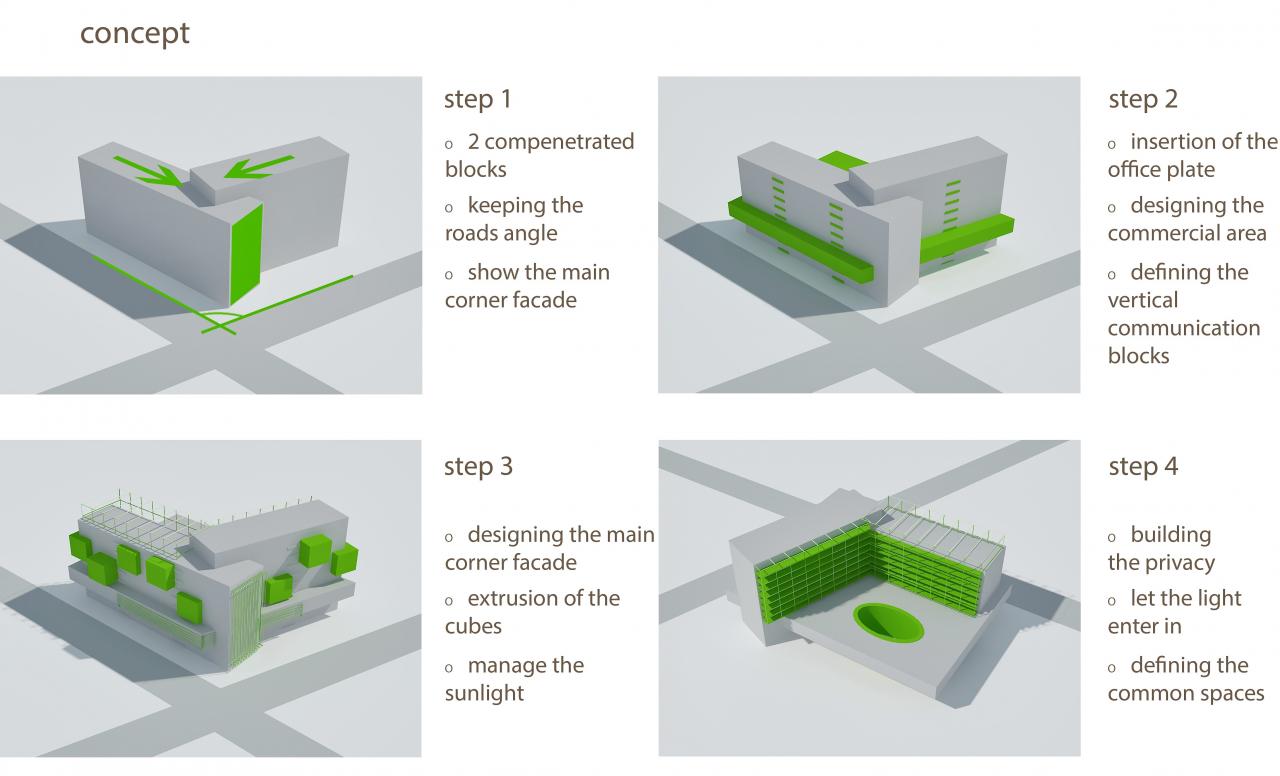 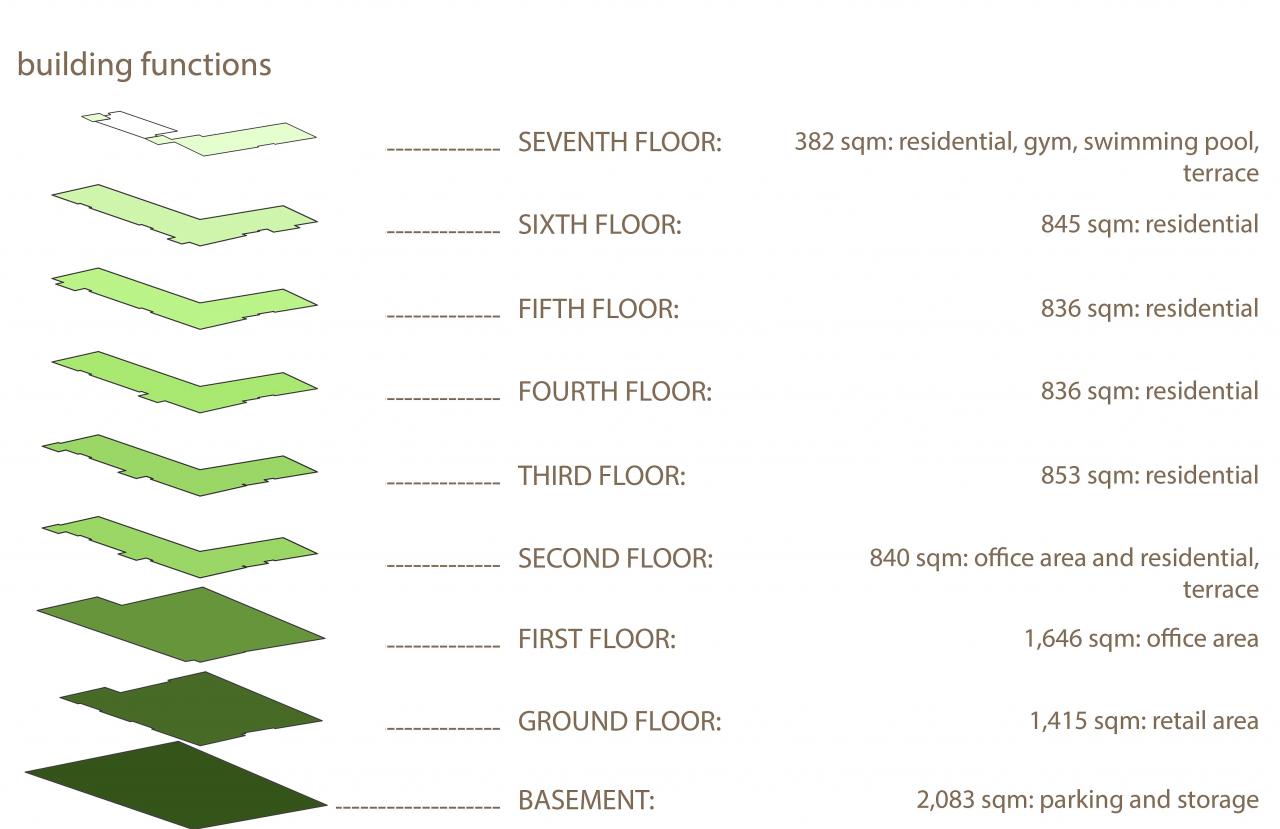 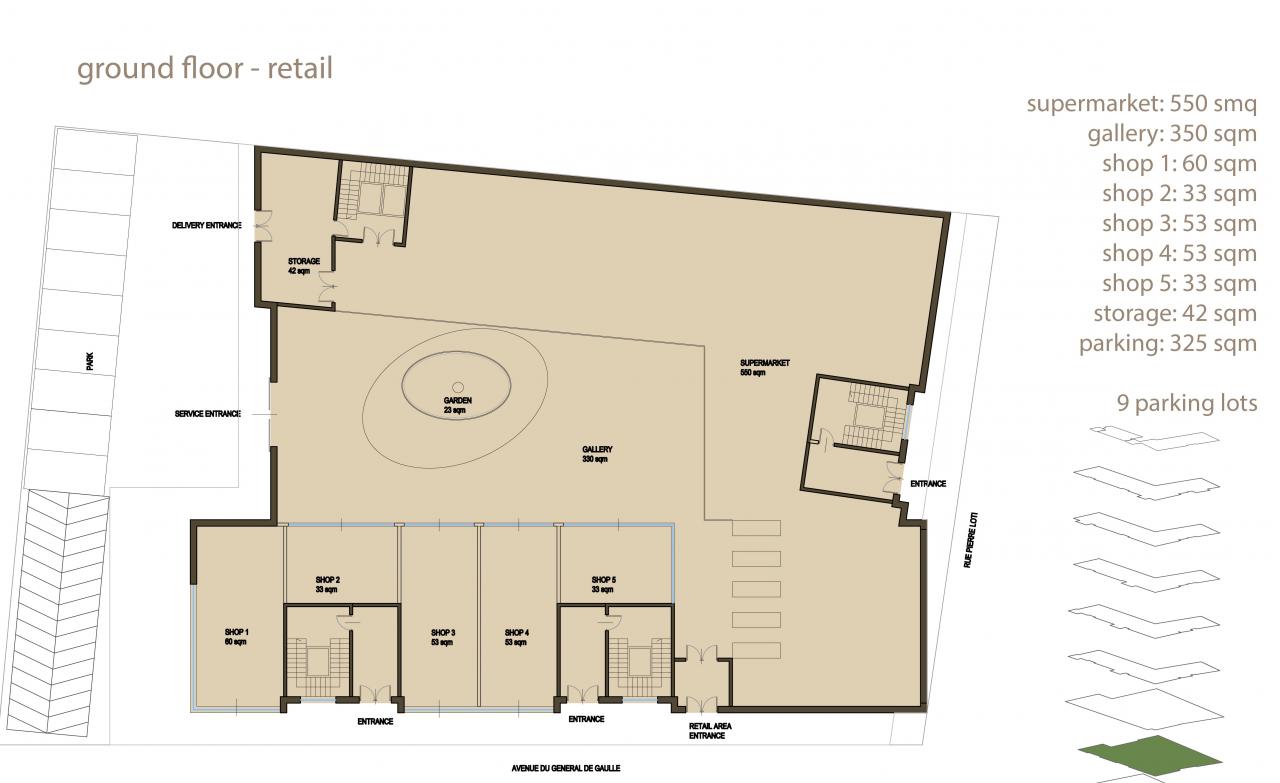 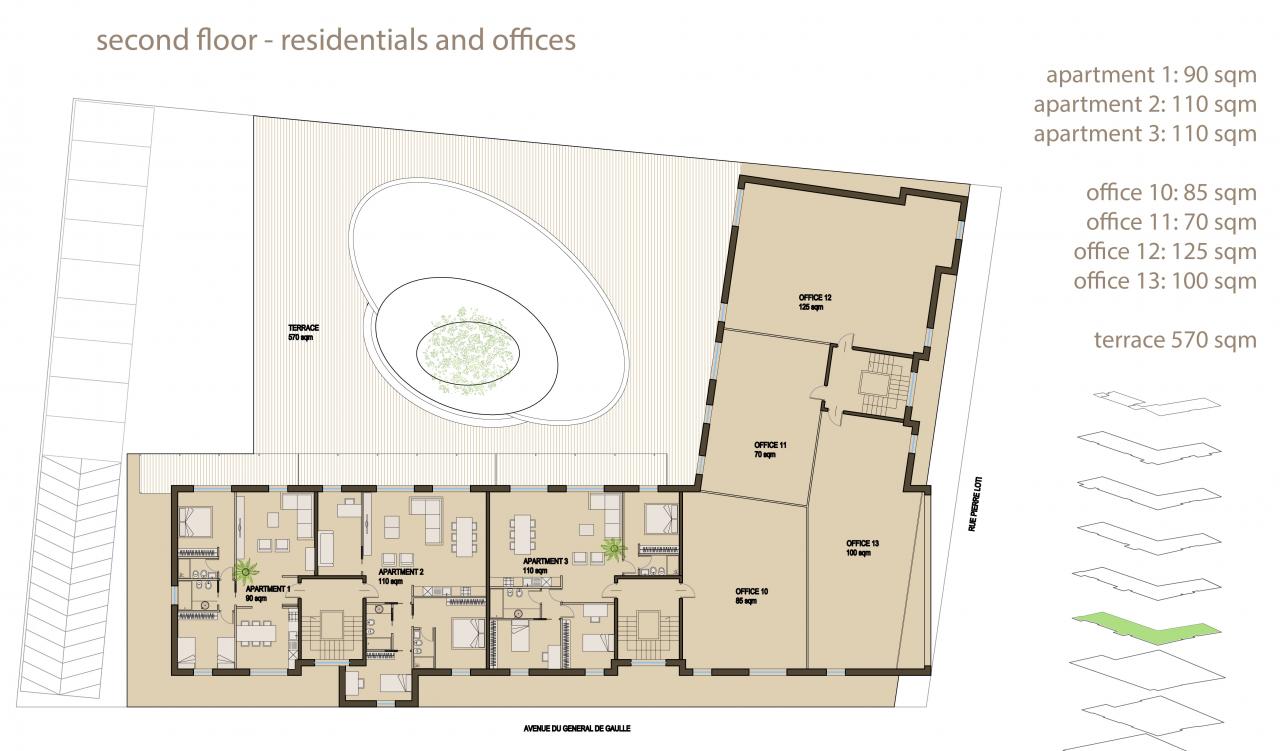 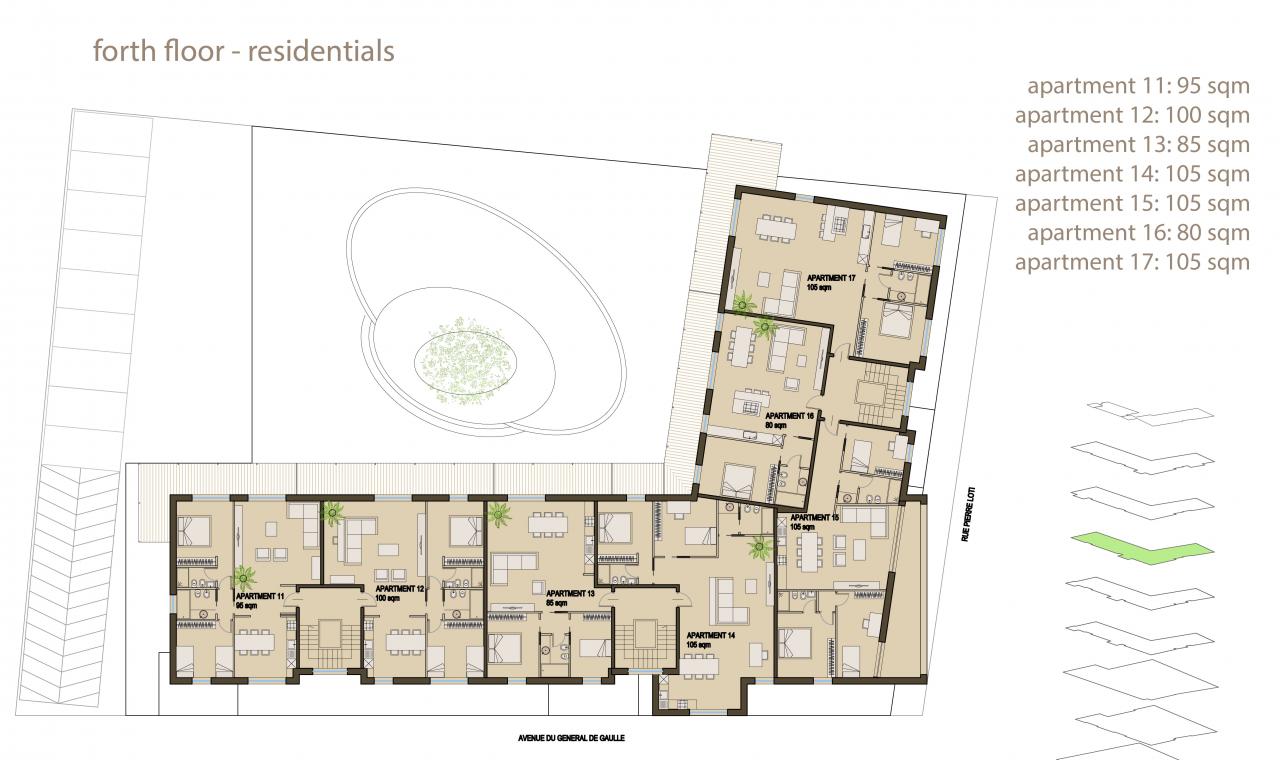 More on Projects and competitions