After three years, following the construction of the offices, we were contacted by the boys of sixeleven for a new project that doesn't fear the use of shapes and colors. Inside the Largo Montebello agency in Turin, going down a spiral staircase in white metal, you enter the basement, object of the intervention, previously composed of three cellars. The first area is characterized by a spiral staircase and two service volumes: a storage room and the access to toilets characterized by prismatic shapes and graphics. Continuing, a bow frames the second room: this room presents a long purple table in the middle, on the right of the niches there are sofas and on the left a birch plywood kitchen alternating with geometric elements in laminate that distinguish the design of the door. This environment, conceived as a refreshment area, is transformed into a meeting room through sliding on guides of five panels in perforated plate, useful for masking the kitchen.
The metal boxed structure on which the panels slide is also part of the underground lighting system, where the metal boxes support a simple system of LED bulbs. The project is completed by a number of custom-made furnishings, such as the poufs, some decorative elements and the mirror of the room, whose angulation has been studied and designed to frame the golden yellow volumes of the entrance. 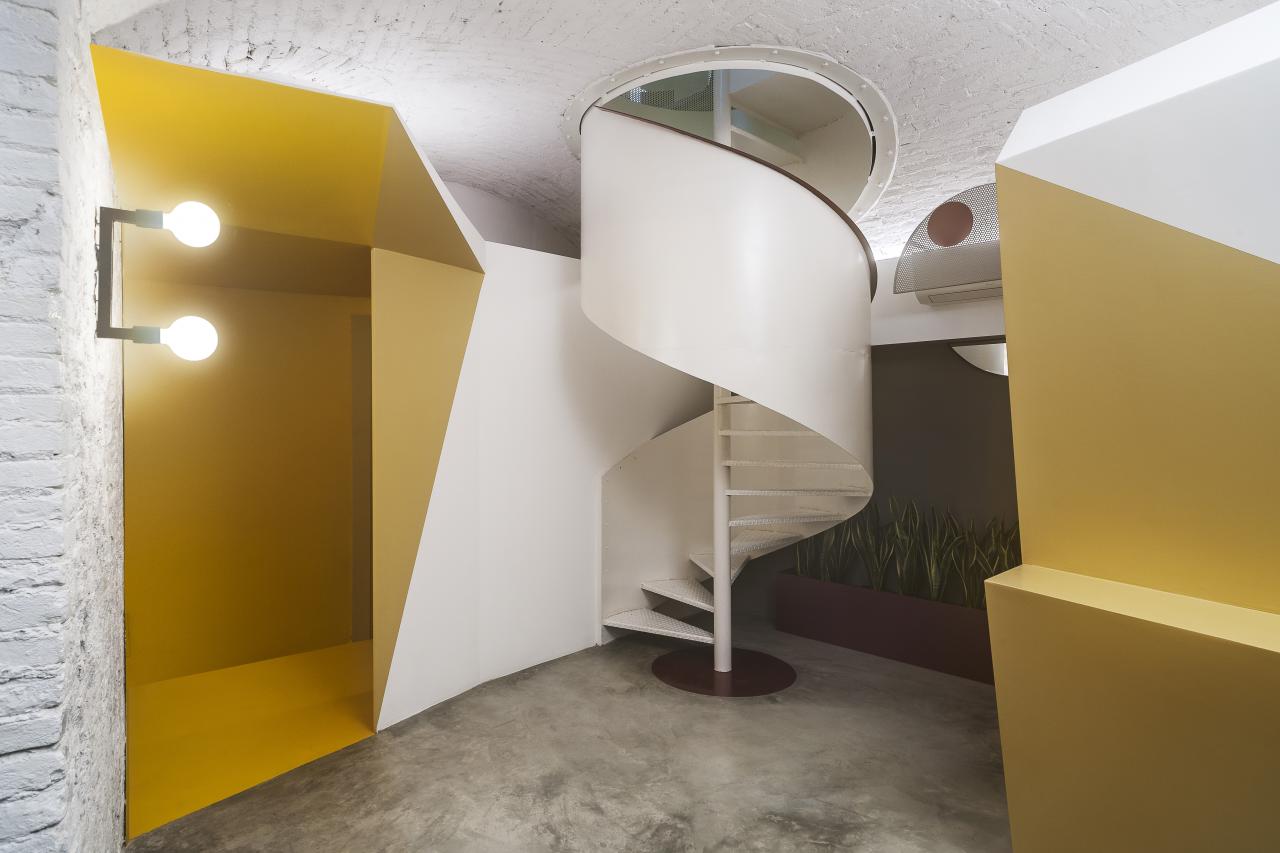 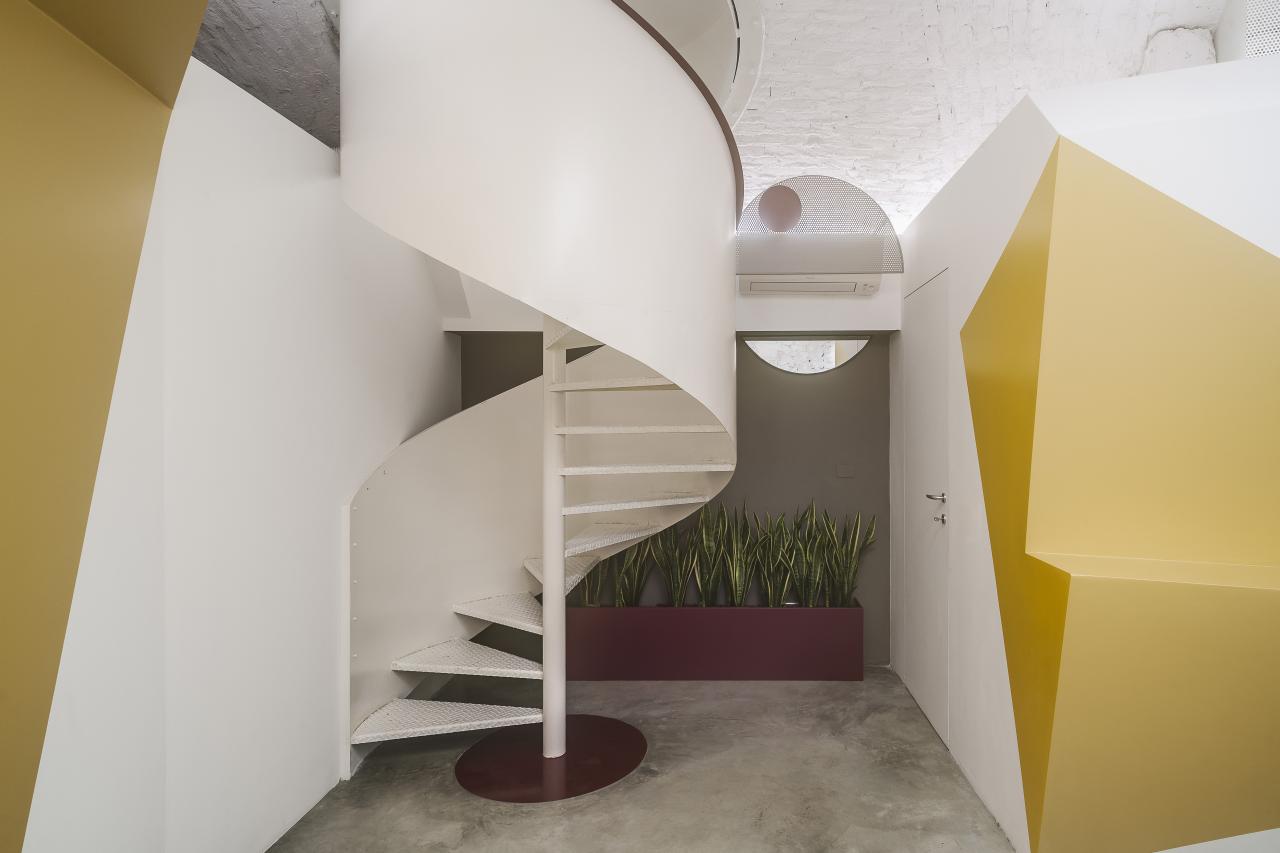 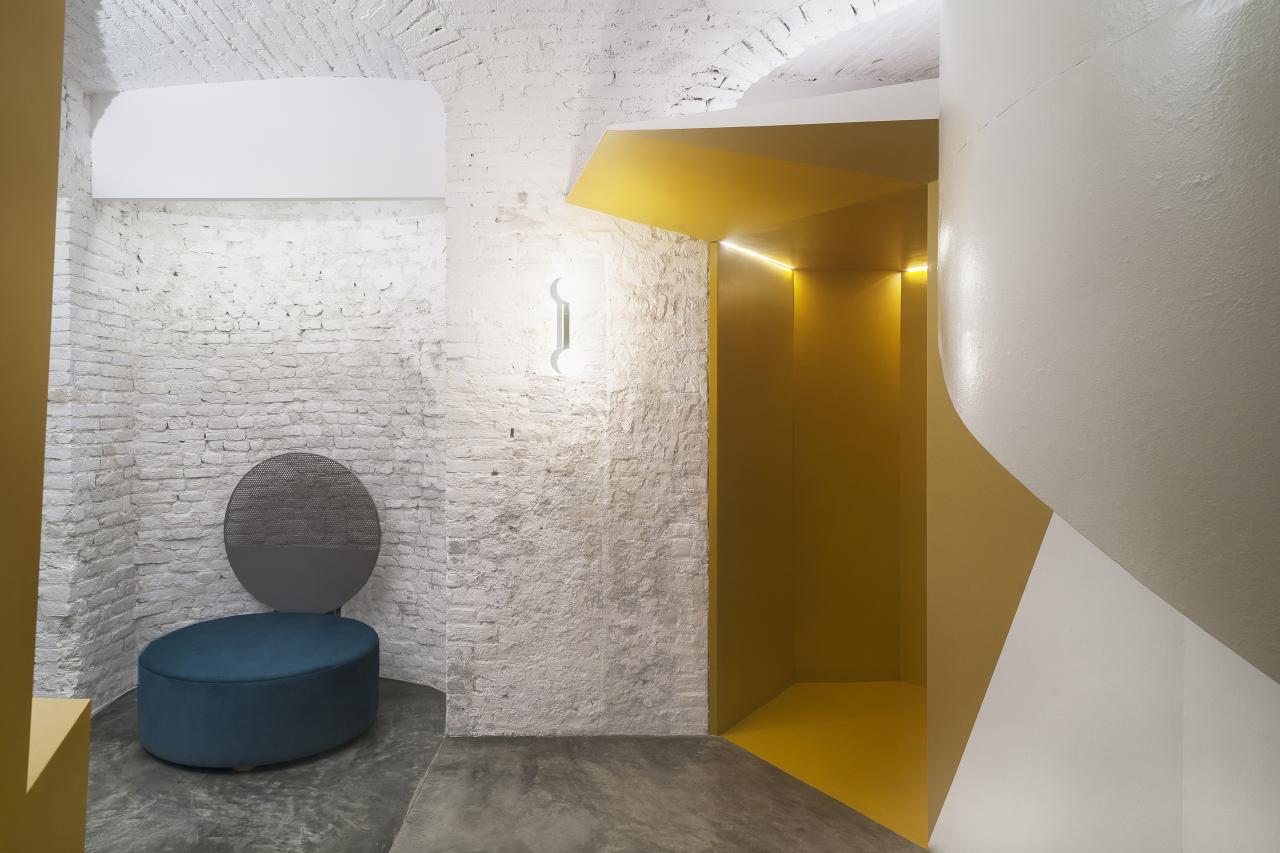 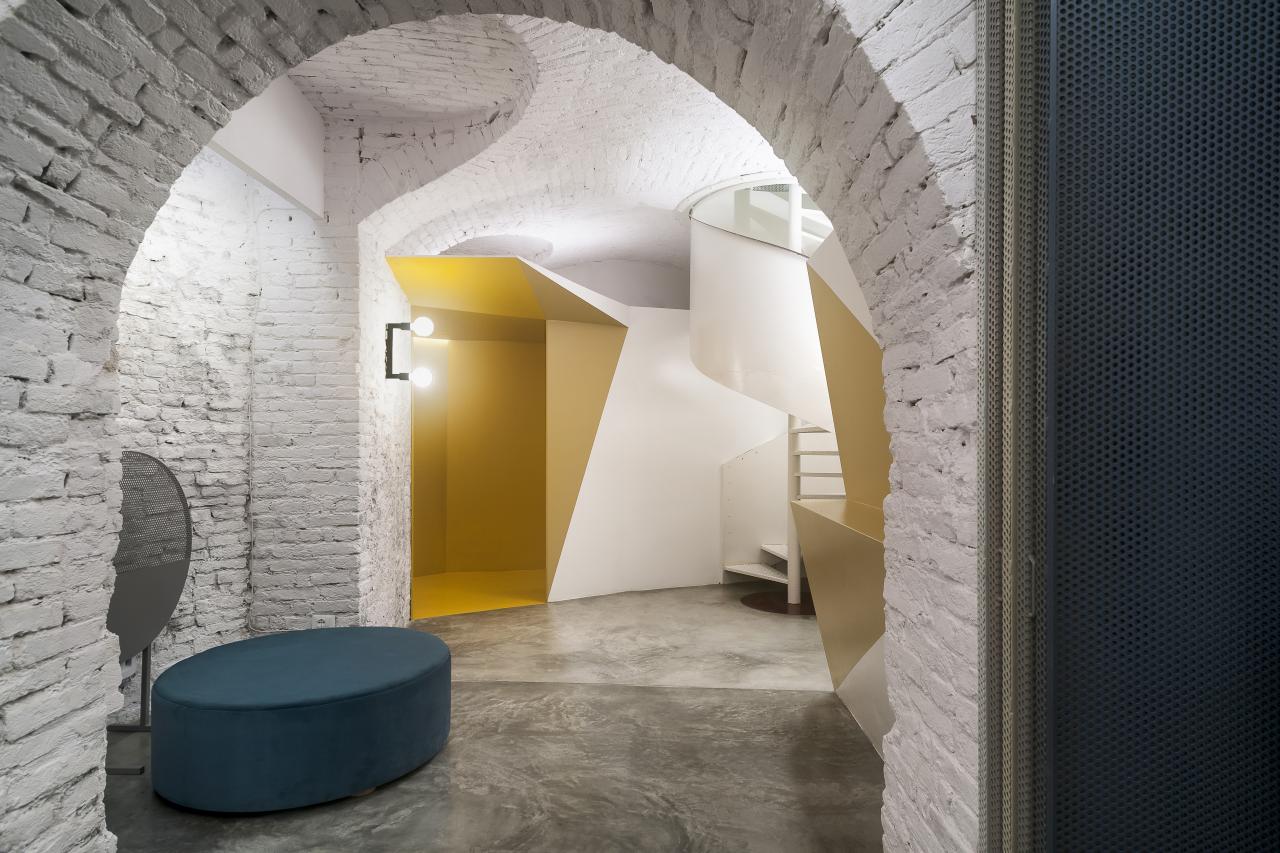 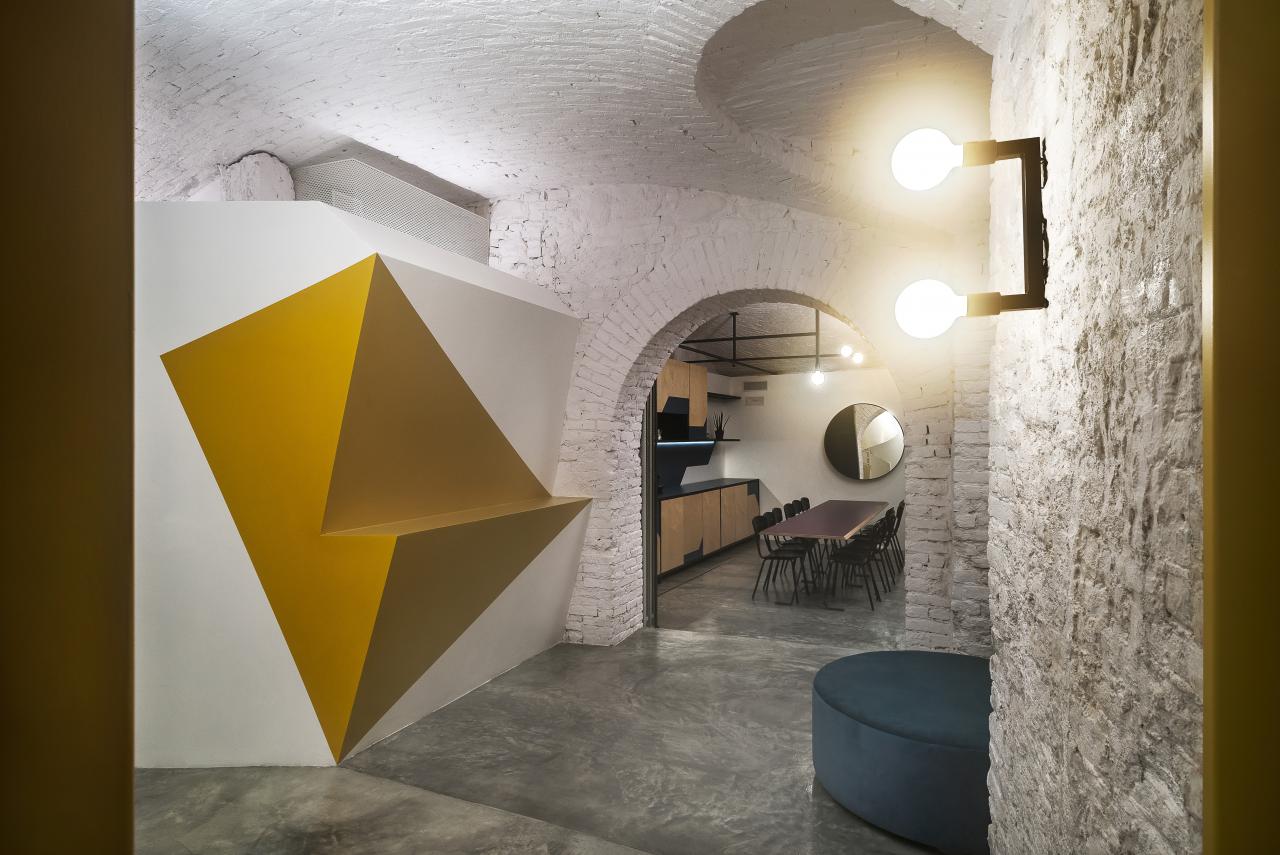 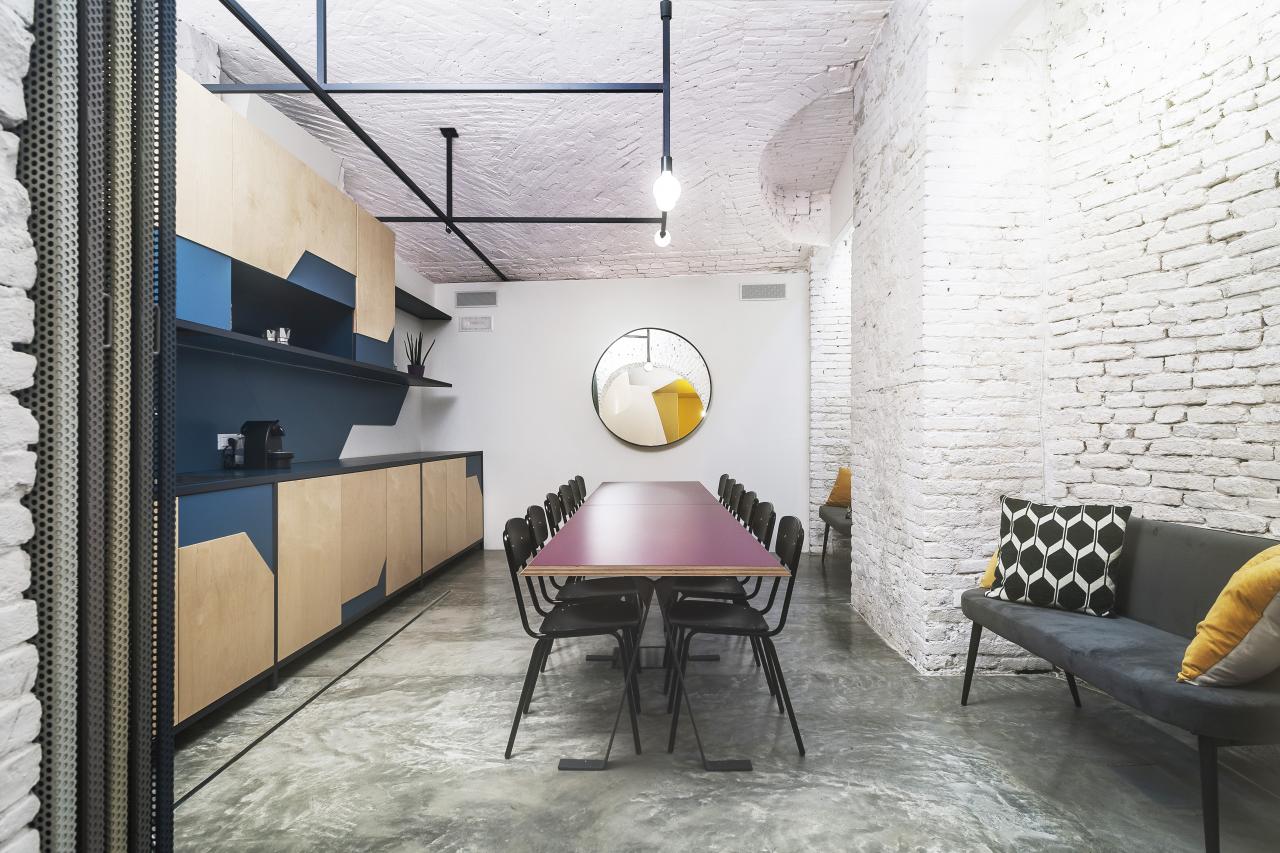 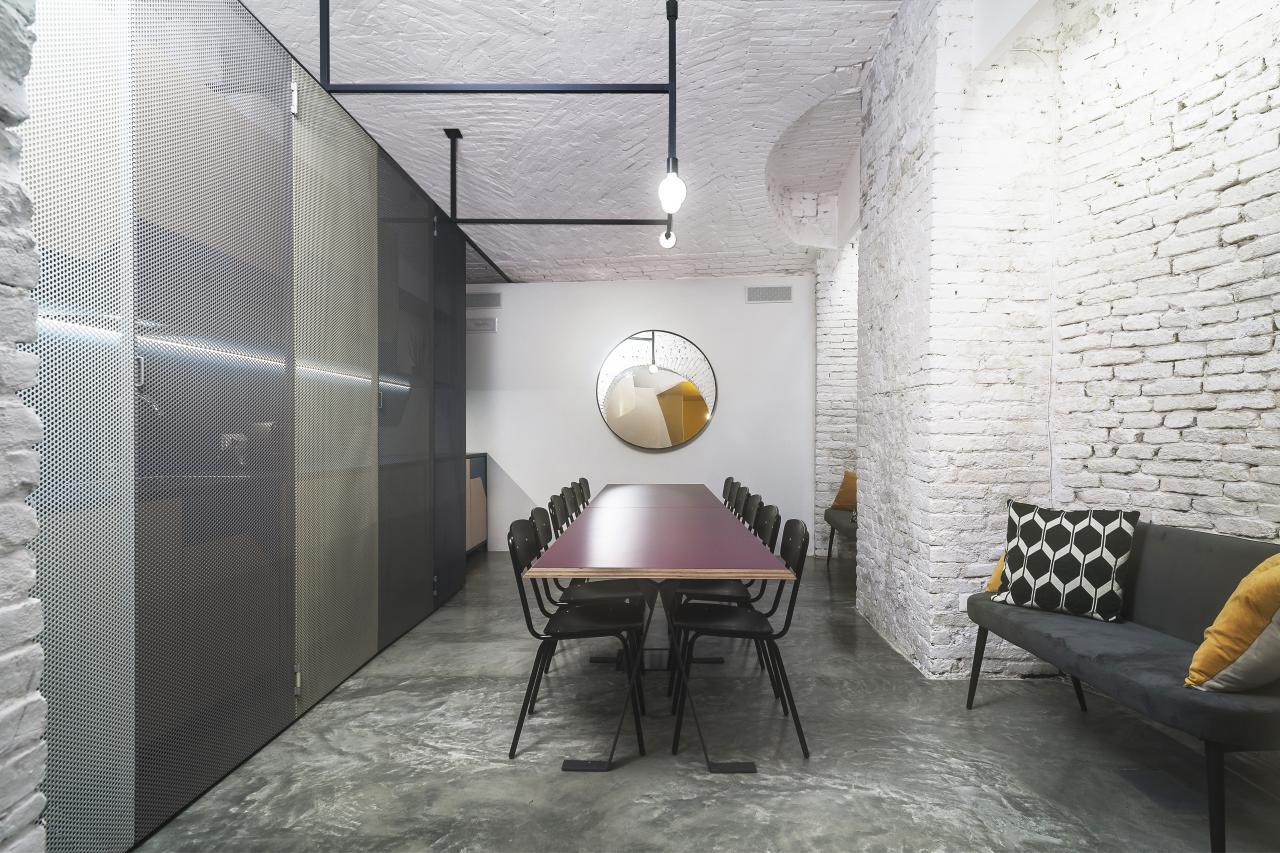 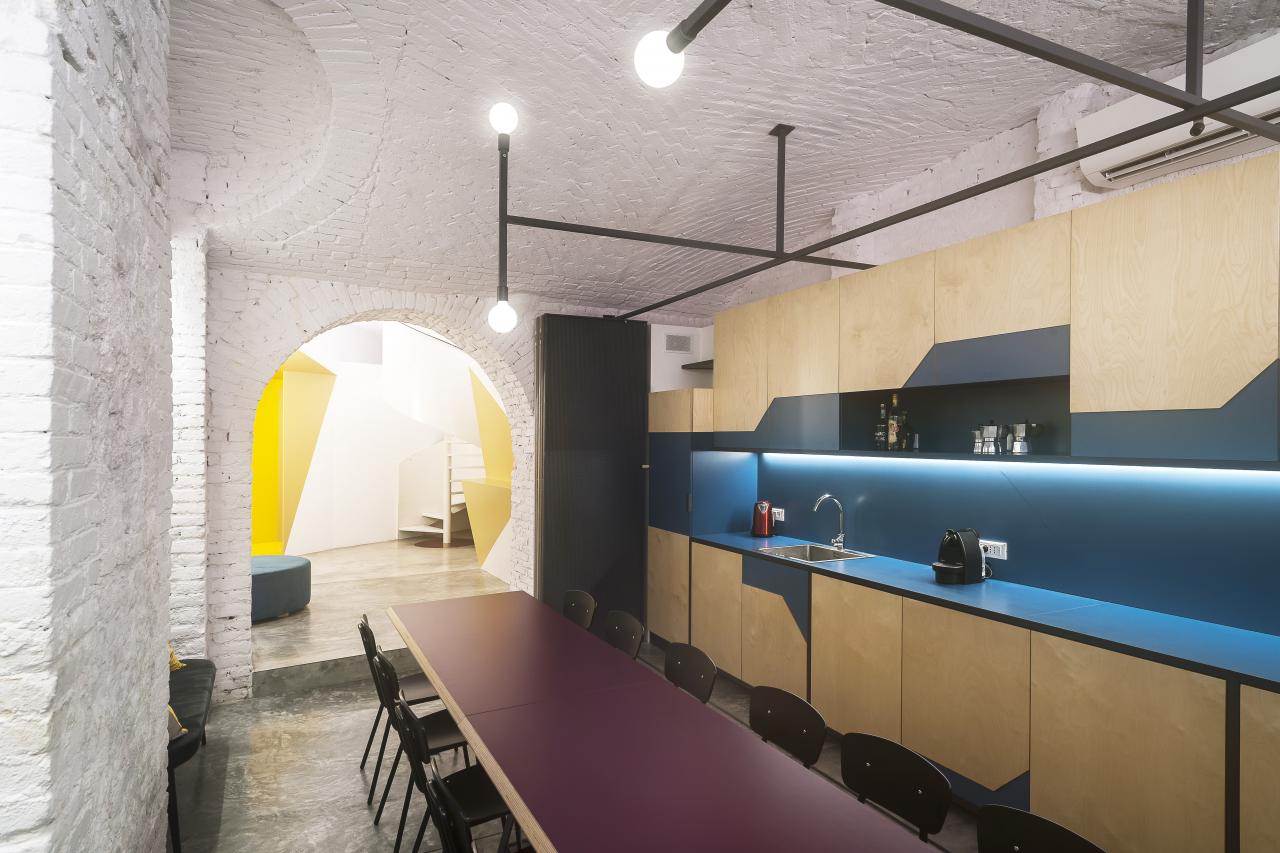 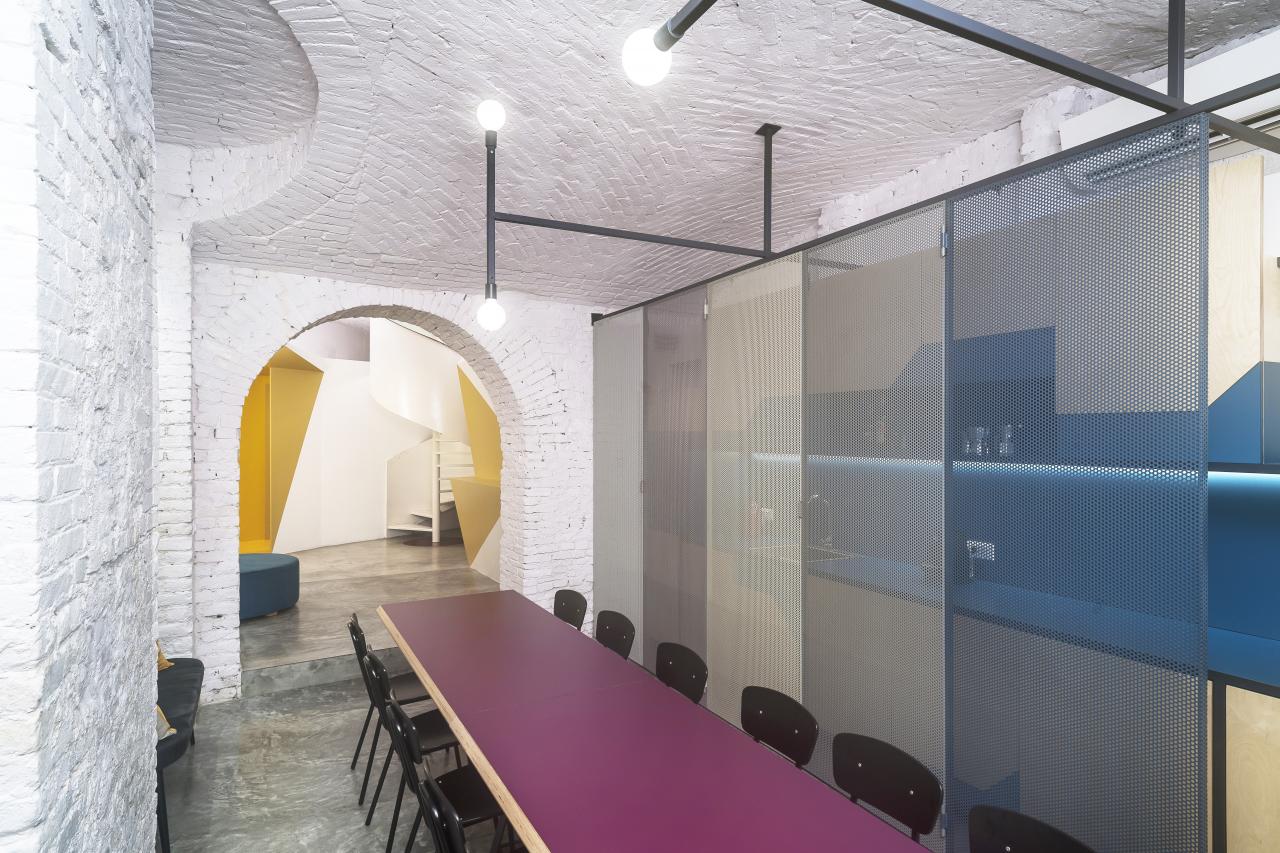 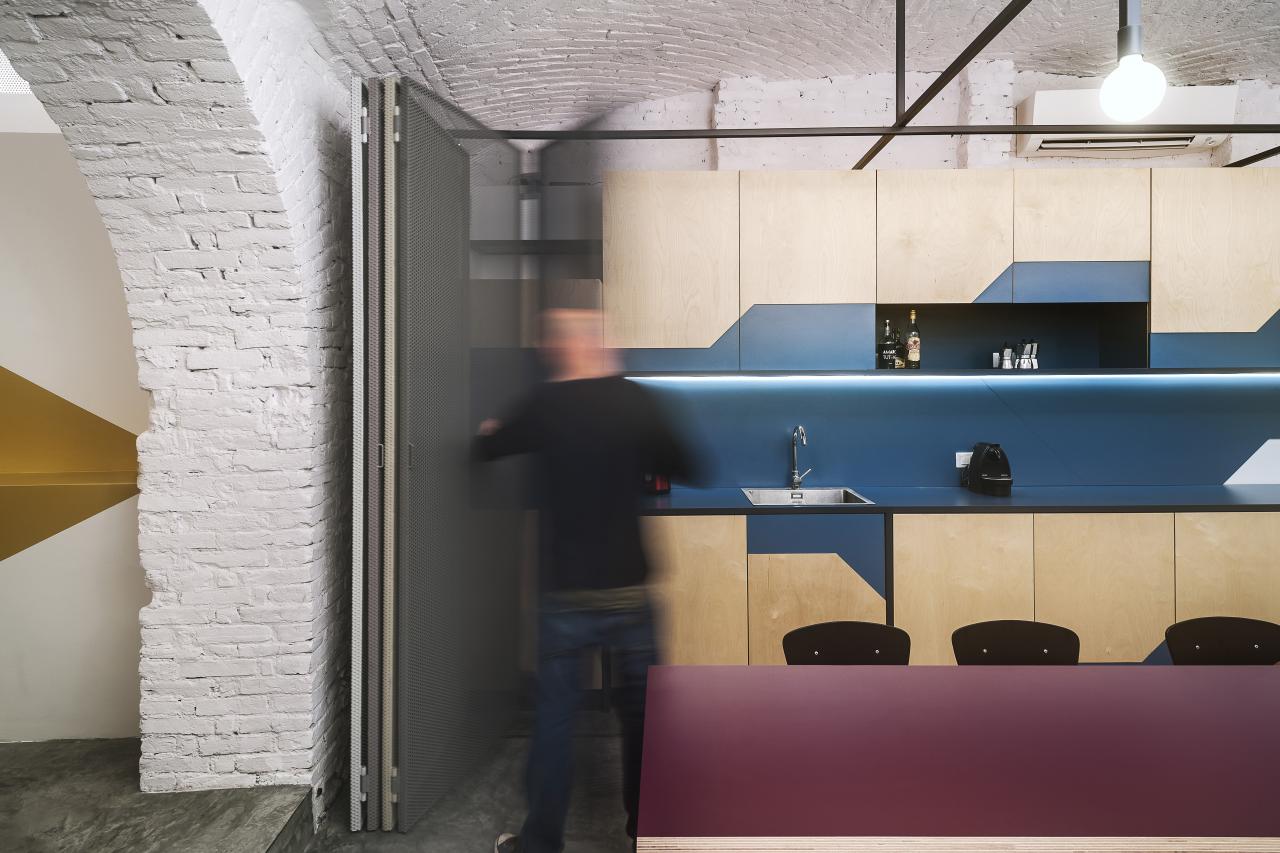 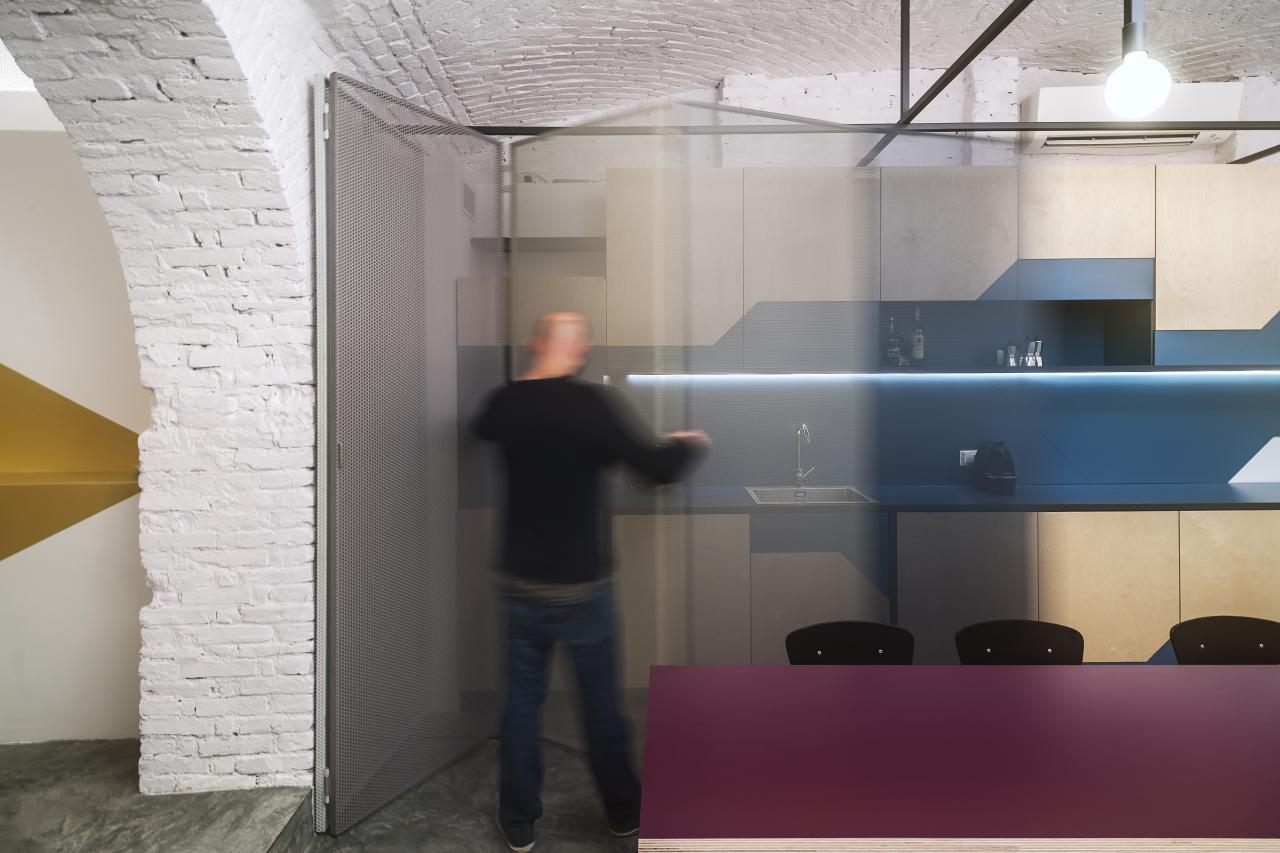 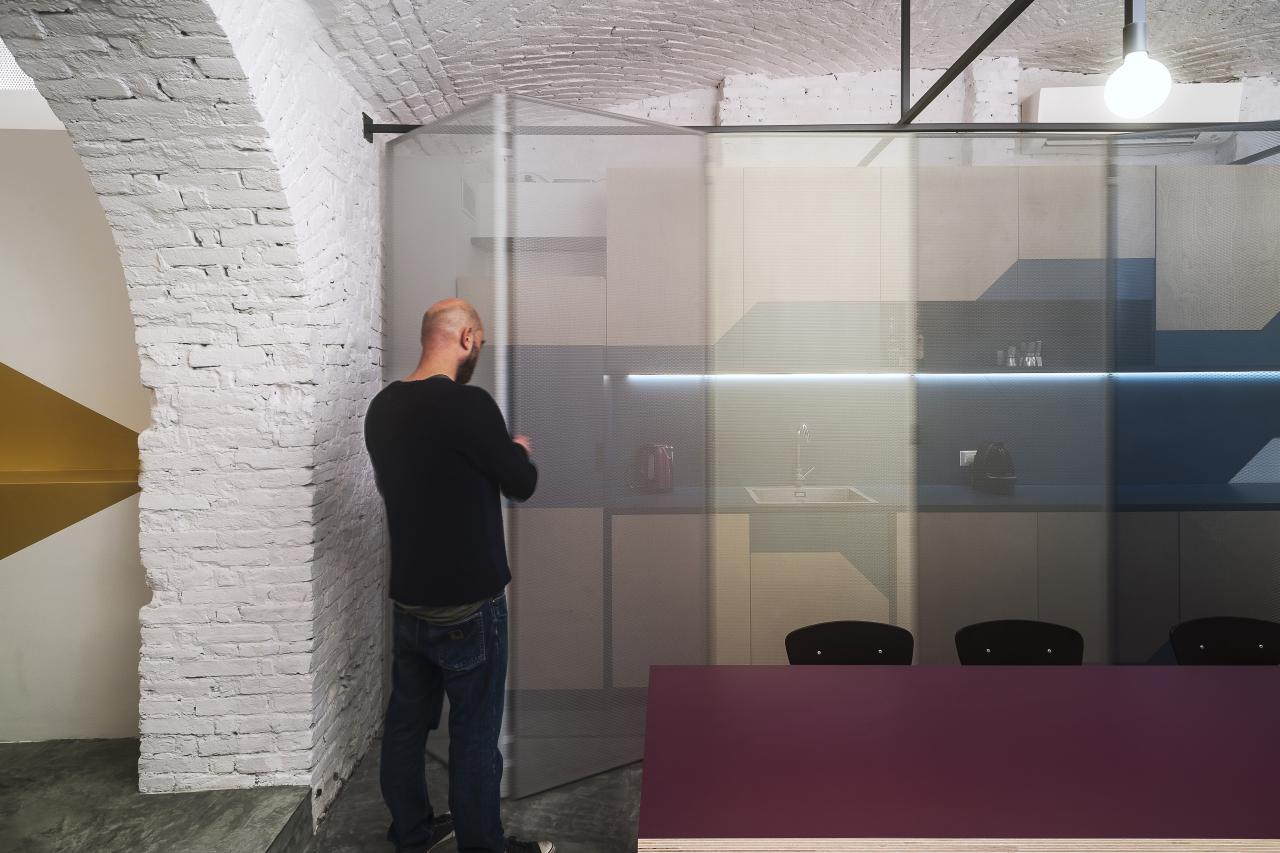 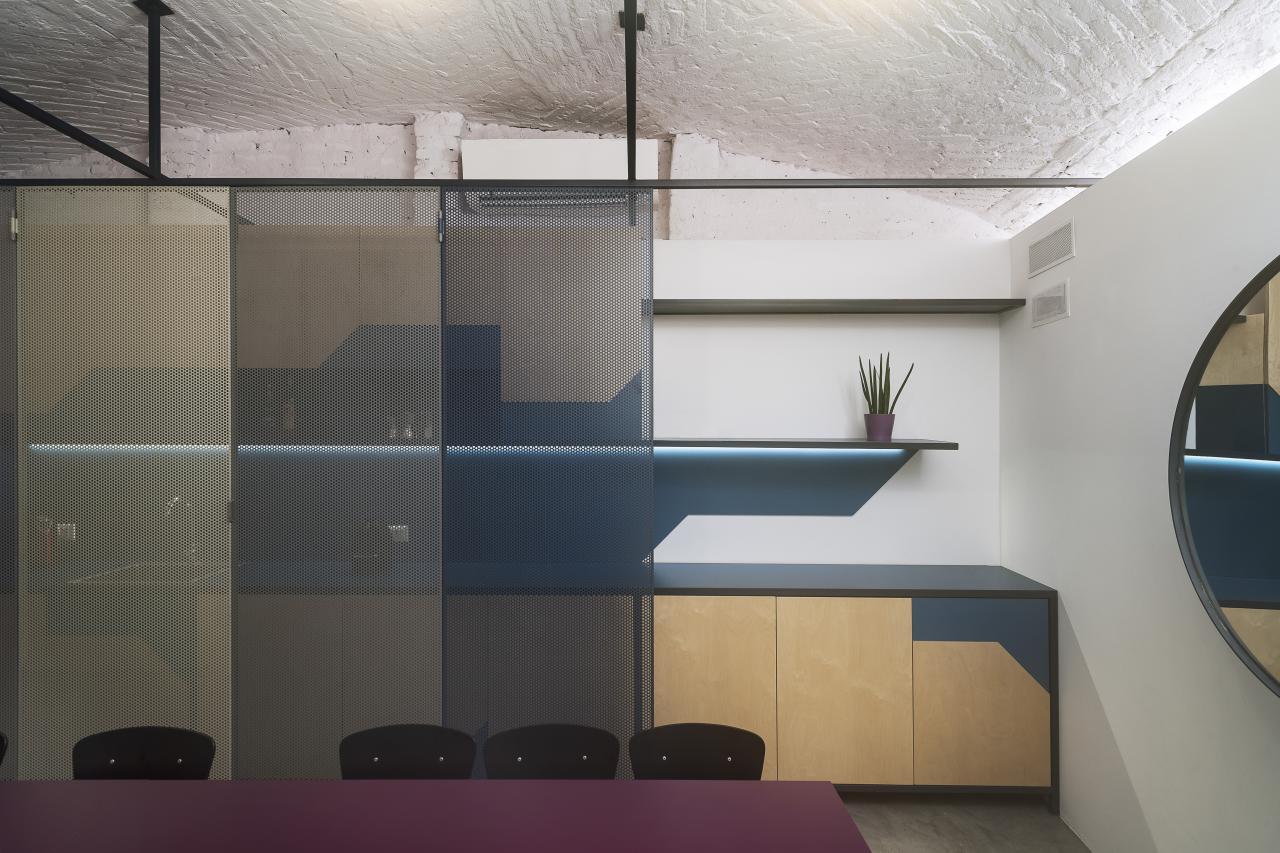 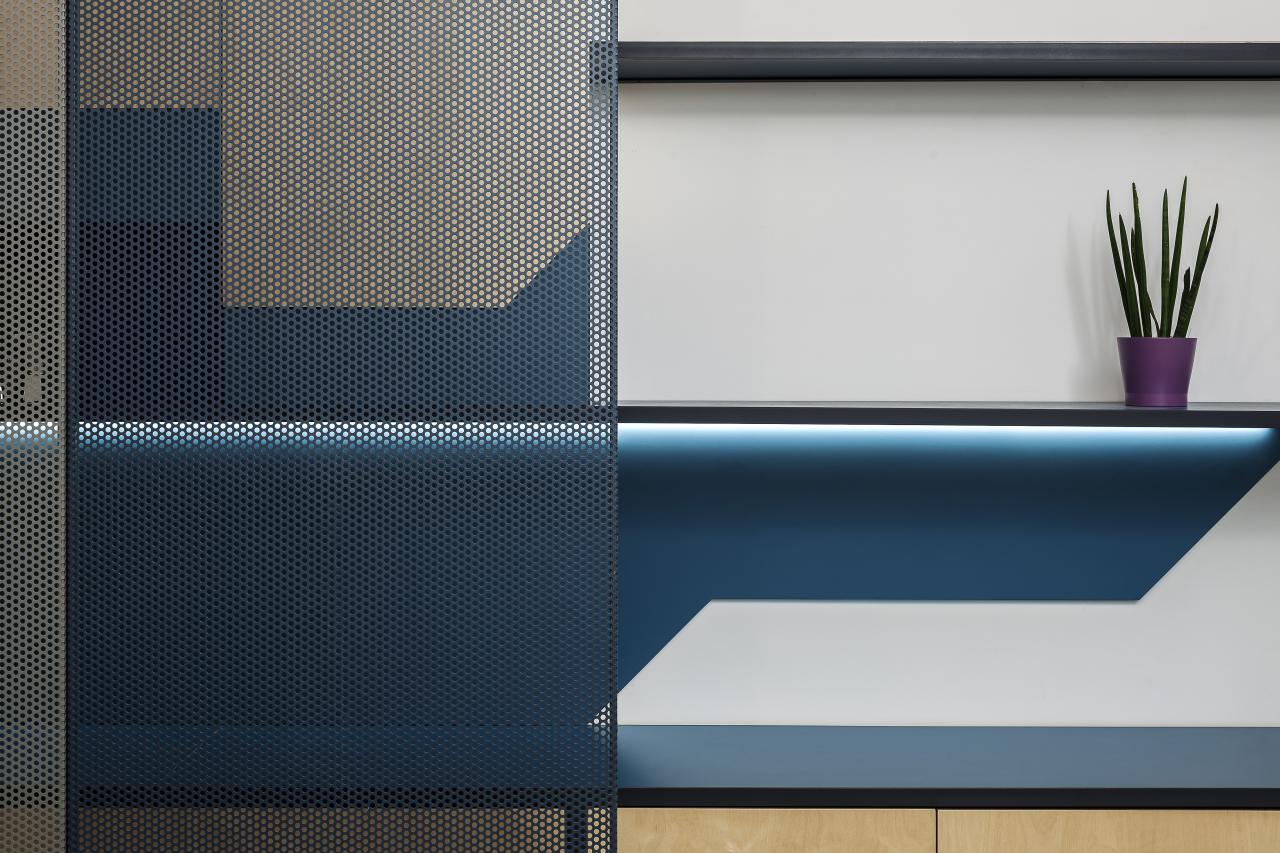 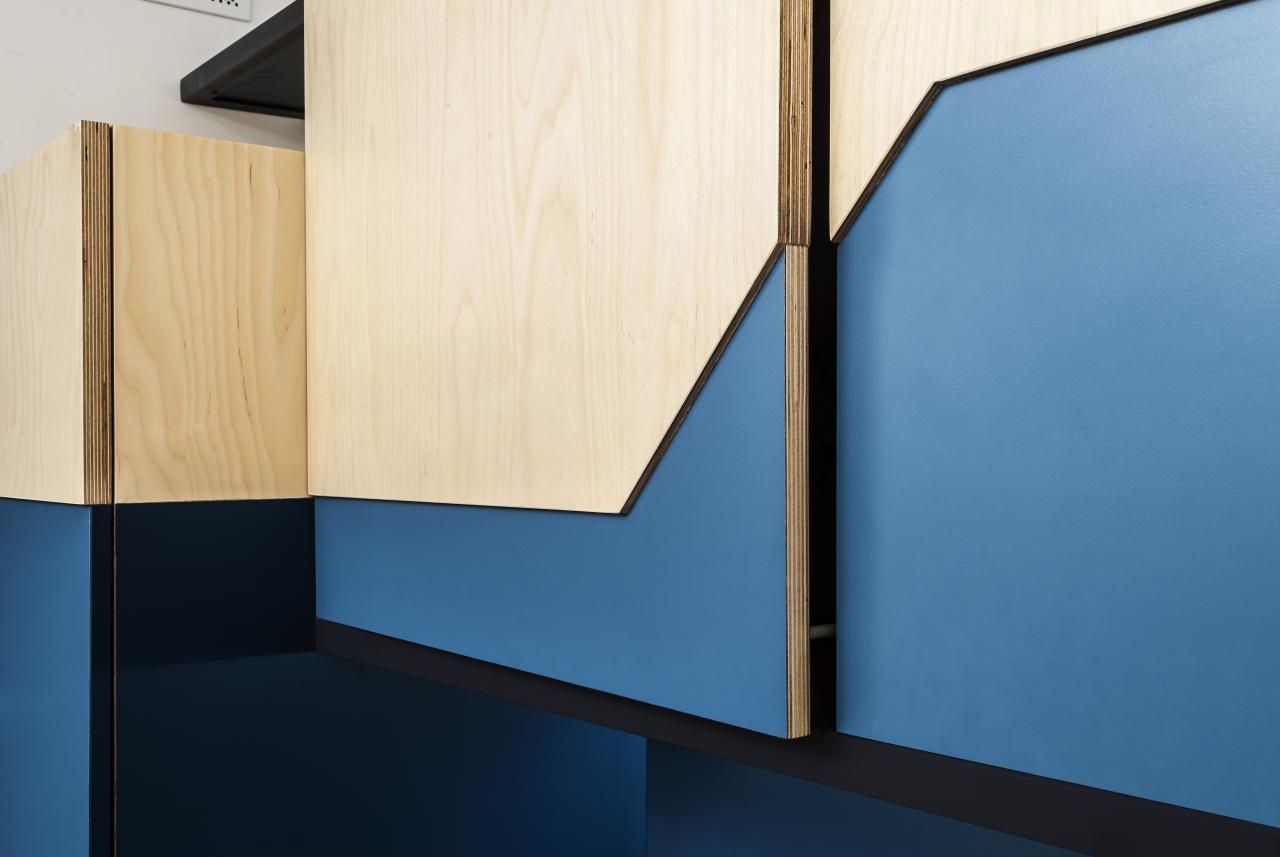 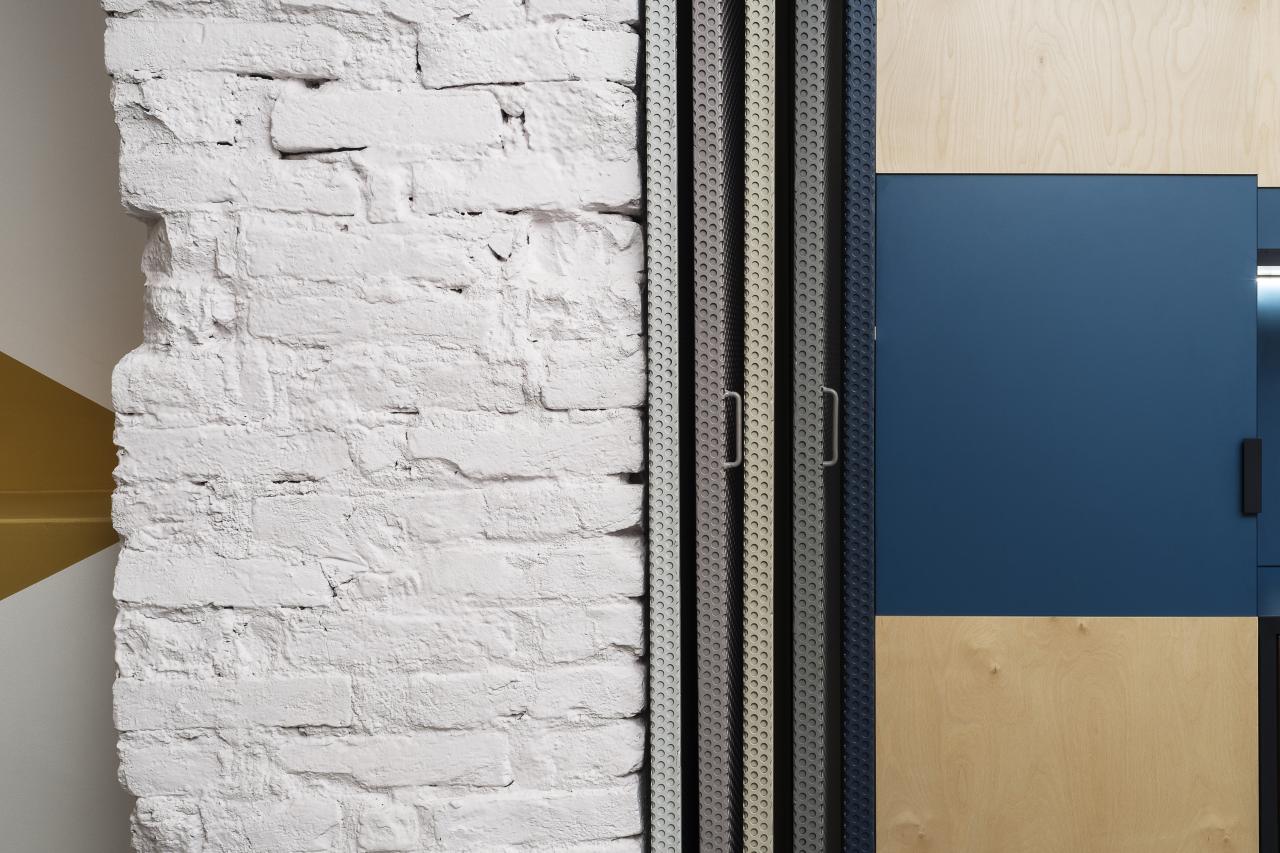 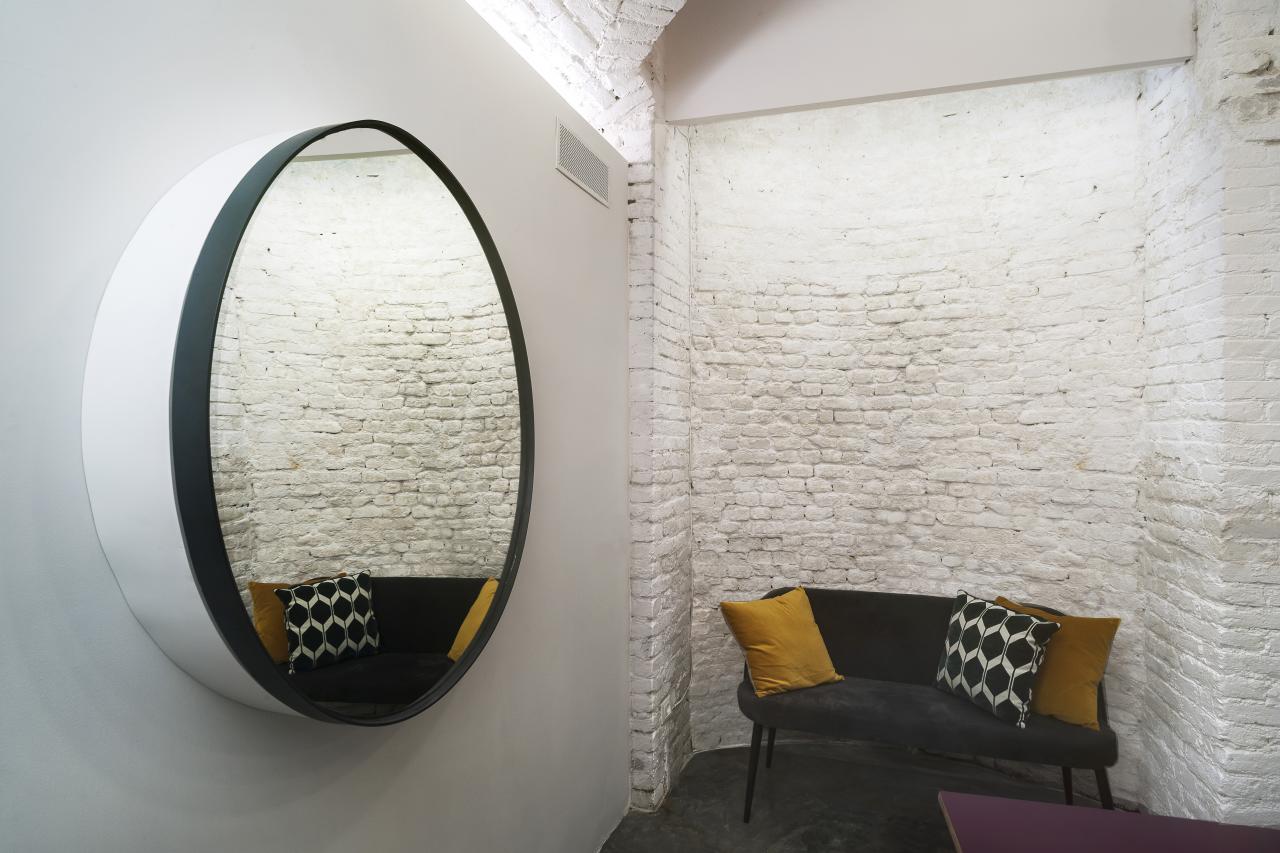